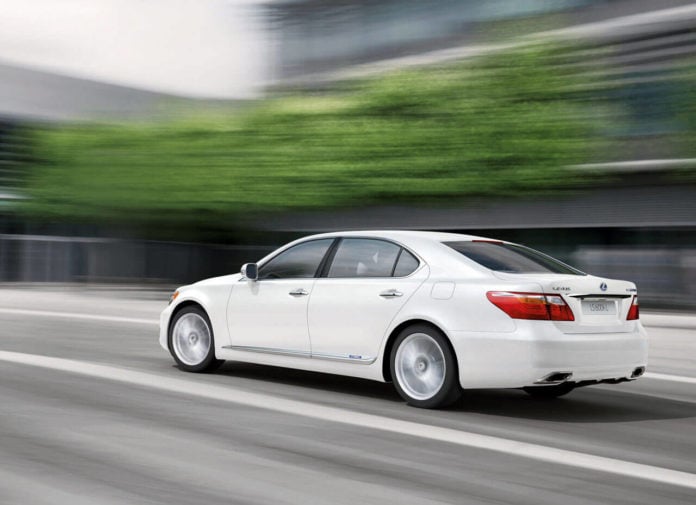 The new Lexus Hybrid 600H represents one of the best examples of hybrid design on the market. Compared to Mercedes-Benz S Class and BMW’s 7 Series, Lexus has innovated in terms of affordability, fuel economy and overall efficiency and performance. Long a leader in the luxury car market, Lexus’ investment in hybrid engines and electric motors have retained the power and premium design of the brand, but has also added significant environmental benefits and options for drivers looking to cut their emissions while retaining strong fuel economy. The Lexus Hybrid 600H is particularly strong in this respect, embodying the best of the Lexus brand while making significant progress in terms of its hybrid design. Some key features of the 600H include:

The new model has a 5.0 litre V8 engine, with direct head and port fuel injection on a four cam and four valve system. This engine is combined with an electric drive motor to create a hybrid vehicle clocking up 438 horse power alongside low emissions that meet SULEV II standards. Able to reach 60 mph in 5.5 seconds, the Lexus Hybrid 600H retains speed and power, and also features a variable transmission, all wheel drive, powerful suspension and power assisted brakes. As a five passenger hybrid premium sedan, the Lexus Hybrid 600H also offers space and comfort, as well as an option for a four passenger model.

A wide range of colours are available for the Lexus Hybrid 600H, which is also distinguished by exterior LED lighting. In terms of interiors, the car features matte and dark brown options, as well as leather trims, a heated steering wheel, and 16 and 12 way power seating. Extra interior features also include climate control, and a sophisticated communication system. As well as HDD Navigation, the Lexus Hybrid 600H has LCD and Bluetooth capabilities, as well as surround sound, cruise control, satellite radio, and USB ports. Wheel mounted audio, temperature gauges and options for back of seat DVD players are also available as part of standard luxury and additional premium models.

The Lexus Hybrid 600H is engineered for significant safety, with notable features including traction control, brake assists and controlled braking, as well as defogging, airbags, and front and rear crumple technology. Premium packages and upgrades include air purification, and climate control. Other bonus upgrades include chrome wheels, wheel locks and car covers, which can be sourced from a dealership or from Lexus.

The Lexus Hybrid 600H really comes into its own in terms of its eco friendly performance. As well as producing low emissions, the car can be driven in Eco mode, or purely through the electric motor for short distances. Choosing the latter option will result in no emissions. At the same time, the car features battery charging features that converts energy lost during braking back into the engine. The Lexus Hybrid 600H is also more fuel efficient than many other luxury models on the market, and is covered for 48 months or 50,000 miles, and also features an eight year and 100,000 mile warranty on electric components.