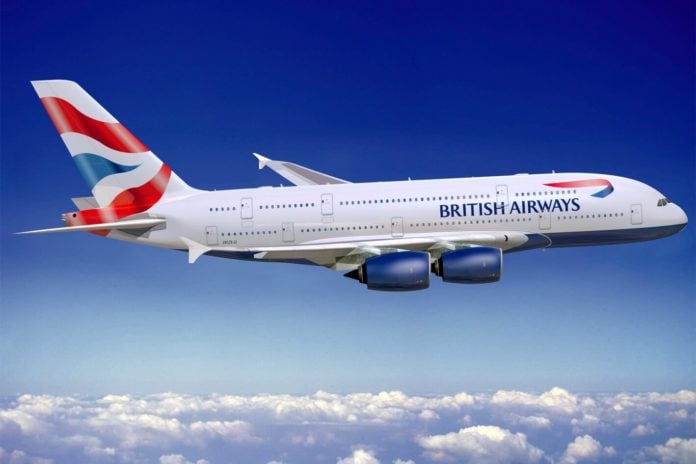 Every year we become more environmentally conscious, so much so that researchers have suggested that our conservation efforts have extended our oil supplies from lasting for another 50 years to anywhere up to 150 years. But even though we might have more time, it seems inevitable that eventually oil will run out.

One aspect of our lives that is undoubtedly reliant on oil is aviation. On average, a plane such as a Boeing 747 uses about 4 liters of fuel every second. That means that a 10-hour flight will burn approximately 150,000 liters. Theses staggering numbers has meant that airlines are in dire need of an alternative if we’re to see them as part of our future.

Solena Fuels believes that it has the answer to the jet fuel problem. Solena is a company that has been successful in producing aviation and marine fuels that are made from waste, but are now expected, with the help of British Airways, to begin construction of its GreenSky jet fuel facility in Essex in the coming year. The plant, which is expected to be completed in 2017,  aims to take the waste from London’s homes and businesses and transform it into jet fuel. While the fuel will cost approximately the same as standard petroleum-based fuel, Solena claims that it burns cleaner and produces fewer carbon emissions.

British Airways has already committed themselves to buying 50,000 tonnes of fuel per year as well as investing in the construction of the plant. According to the CEO of British Airways’ partner company, IAG:

“The sustainable jet fuel produced each year will be enough to power our flights from London City Airport twice over with carbon savings the equivalent of taking 150,000 cars off the road.”

Solena will take about a half million tons of garbage each year that is destined for the landfill and send it to the new GreenSky plant. Using a high-temperature plasma gasification technology, the garbage will be turned into synthetic gas. Using third party technology, the gas will then be transformed into liquid fuel. This fuel will then work exactly like the petroleum-based fuels that airlines have been using previously, thus it will be able to be used in engines without them needing any modifications.

Solena claims that the synthetic fuel burns cleaner, with no sulfur emissions, lower nitrogen oxide emissions during take-off, and a minimal amount of particulate matter. The GreenSky plant will only produce 2% of BA’s fuel, but the hopes are that the amount will increase after a time.

The project sounds fantastic, but is it too good to be true? Gasifications plants are notorious for receiving opposition from anti-incineration activists who claim the gasification technology Solena uses is simply harmful incineration practices in disguise. Here are some of the concerns with this new technology: