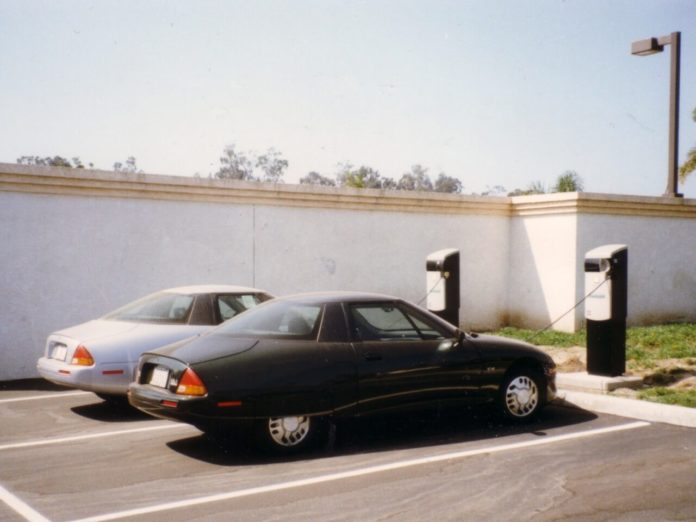 Unless you’ve buried your head in the sand for years, you’ll already know that the world needs to embrace electric cars to help release us from the reliance on oil and for the environment.

You may also have been wondering why everyone isn’t already using these cars powered by pure electricity.

Of course they have a number of sigma associated with them. For example people may think they still can only travel for an extremely limited distance before needing a charge or they may have concerns about electric car safety.

But all of this doesn’t explain why these cars are not already far more popular. To answer this conundrum, you need to understand the history of electric cars.

The real history started in the early 1800’s where inventor Robert Anderson made a carriage with an electric motor powering the wheels instead of a horse.

But I’m not going to concentrate on these very early years. Not to diminish the achievements of these inventors but these early days consisted of one off inventions which didn’t make it into mass production.

They did become popular in the early 1900’s but even that was short lived when gasoline cars became reliable and petrol prices dropped.

What I will focus on is the history of the (almost) mass produced electric vehicle, the EV1. 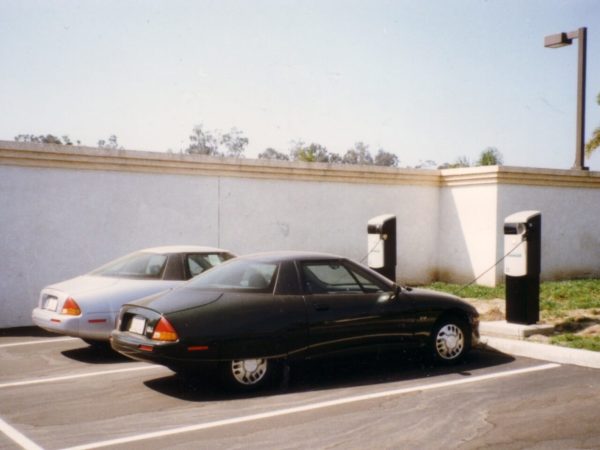 The first true attempt at investigating the possibility of mass producing an electric car was made by General Motors with their EV1 model.

It was originally shown in 1990 at the Auto Show in Los Angeles. At this stage it was only a concept car which they named the ‘Impact’.

After the show there was a huge amount of interest from the automobile media yet it took six years for this car to be transformed from a concept to a reality.

In 1996 the EV1 was made available in a small number of car dealerships. As the car was so new and expensive, it wasn’t available to buy but was only available as a leased car.

This is where it gets quite controversial.

On one side it seemed like people were ready to commit to the EV1 even with the early limited drive range (due to the old acid based batteries). Even celebrities such as Tom Hanks sang the praises of the EV1.

On the other side, many people complained that GM wasn’t doing enough to promote the EV1, spending relatively low amounts on advertising.

They did release a new model in 1999 that among various other improvements used the new nickel hydride batteries, extending the drive distance to approximately 100 to 140 miles before needing a charge.

With the new model, more and more drivers wanted to lease the EV1 and its future was looking good until an announcement from GM in 2003 stating that there wasn’t enough demand for the EV1 car to make it profitable and that they would be taking all the EV1 cars back from the lease holders, without the option of buying them.

The recall alone shocked many EV1 drivers but not giving them the option to purchase it drove many to outrage, with a number of public demonstrations by EV1 drivers.

There was even a mock funeral held by a number of celebrity EV1 drivers where they mourned the death of the electric car.

Now whether GM killed off their EV1 car on purpose or whether it really wasn’t profitable, I really do not know but I do believe this car had great potential which was cut short before its time.

A good documentary to learn more about the unfortunate history of electric cars is called Who Killed the Electric Car.

You may have been thoroughly depressed after reading the unfortunate history of these cars. But don’t give up, the future of electric vehicles is bright indeed!

GM may have wished they stuck with the EV1 because more and more people now want green cars these days.

Fortunately a number of car manufactures have now taken the plunge and are finally mass producing electric cars.

Now really, the Volt isn’t a pure electric vehicle as it’s a hybrid. But the reason why I’m including it in this post is because drivers can run it in the pure electric mode until the batteries run out, where it switches to the traditional gasoline hybrid engine.

Ironically Chevrolet is a division of GM which shows at least they really are trying a green car.

The pure electric mode range is quite low in my humble opinion which is around 25 to 50 miles but at least this should be enough for most work commuting.

Another step in the right direction is the Prius Plug-in by Toyota. The Prius has been an immensely popular hybrid car for many years now.

The Plug-in takes the hybrid a step further by offering a pure electric drive mode. Similar to the Volt, it will switch over to a hybrid gasoline mode when the batteries run low.

Again, it has a quite low range in the dedicated electric mode of around 11 miles. This should be fine though for short commuting trips or shopping trips.

Overall, I think the Plug-in is a good move forward.

This is where the fun really starts though.

Tesla Motors, headed by Elon Musk (who was the co-founder of PayPal), has pushed the boundaries of electric cars on so many levels. Unlike most other car manufacturers, Tesla cars are pure electric, no combustion engine, no gas tank etc.

Their first electric car was the Roadster which is a high performance sport car outperforming many traditional sports cars. I’d personally love to own a Roadster but due to its price, this car is out of my budget and I believe it was meant to be more of a statement of what you can achieve with these types of cars than an attempt to sell huge numbers.

Their second model is known as the Model S which is a family sedan which I believe has the potential to sell in healthy numbers.

With the top end battery (costing a painful $20,000 USD extra), the Model S has an amazing 300 mile range before needing a charge. The standard battery still has a good range of 160 miles for those who don’t want to spend the extra on the battery upgrade.

This alone makes it very appealing to me but it’s the acceleration which also impresses me with it doing 0 to 60 in only 5.6 seconds, close to some sports cars.

They’re listing the price at $57,400 which isn’t cheap but with the tax incentives some countries such as the US are giving for these types of cars it could be a great commercial success.

They’re even making an SUV (the Model X) which has similar range and performance but this won’t be in production until 2014 I believe.

I personally think if their Model S is a financial success, they’ll be able to make a truly affordable family car with their next model. If and when this happens, I believe the age of the electric green cars will finally be upon us.