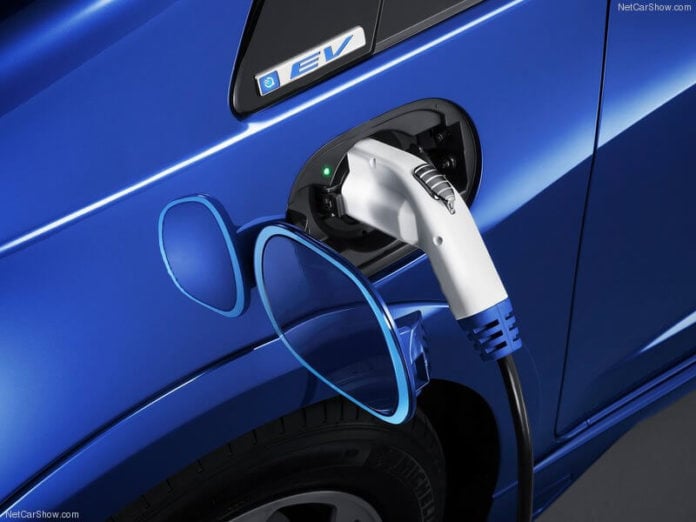 Honda promoted an all-electric version of the popular Fit model during the 2011 Los Angeles Auto Show. This plug-in model is slowly rolling out across the United States starting this summer. The automaker recently received great news from the Environmental Protection Agency (EPA) that creates buzz for the 2013 Fit EV. The EPA completed efficiency testing for the Fit EV and granted the vehicle the highest fuel economy rating in the agency’s history. The 2013 Honda Fit EV achieved a certified miles per gallon equivalent (MPGe) of 118, more than doubling the top models running on gasoline. 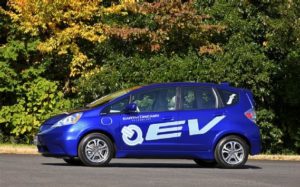 The EPA released additional details about the 2013 Honda Fit EV indicating the automaker’s focus on eco-friendly driving. The MPGe rating breaks down to 132 in city driving and 105 on the highway due to the vehicle’s regenerative braking system. Honda notes that the EPA estimated the battery’s average consumption was 29kWh per 100 miles. This estimate allows for an average per-charge range of 82 miles. The vehicle’s annual fuel cost as estimated during EPA simulations is $500. Consumers viewing these metrics on the EPA’s vehicle label should be wowed by the fuel economy and operating costs.

The Fit EV keeps the model’s lightweight body design while adding a multi-drive mode from the CR-V. These modes range from the powerful Sport mode focusing on strong acceleration to the fuel-efficient Econ feature where range is extended by 17%. 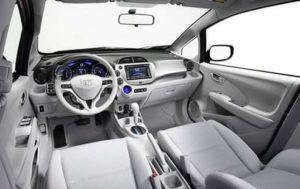 The 2013 Honda Fit EV not only impresses based on EPA estimates but comparisons to competing plug-in models. The Mitsubishi i-MiEV is the Fit’s closest competition with an MPGe of 112 and a per-charge range of 62 miles. Ford places third with 105 MPGe and a 76-mile range for the upcoming Focus Electric.

Casual observers are likely shocked that the much-lauded Nissan LEAF ranks fourth at 99 MPGe and a range of 73 miles. Advancements in plug-in vehicle technology allow vigorous competition for EV market share where limited competition existed only five years ago.

Dealerships in California and Oregon expect Honda Fit EVs to arrive by August. Honda plans a wider release in the Northeast by the first quarter of 2013. The 2013 Honda Fit EV will only be available by lease in this initial rollout. Retail pricing has not been released yet though industry experts predict a suggested price near $36,600.

The Fit line is popular among first-time car buyers as well as commuters concerned more about fuel economy than cargo space. Honda is aiming squarely at early adopters with the first-generation Fit EV due to price and limited availability. The 2013 Fit EV nonetheless shows that Honda is paving the right path to affordable plug-in models.