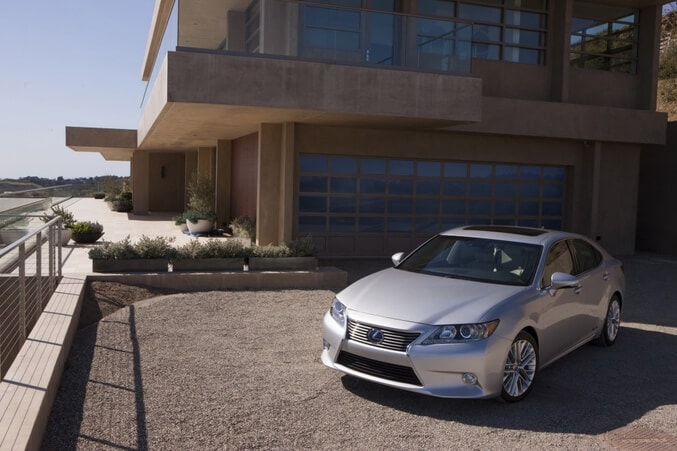 Lexus has toyed with hybrid vehicles in recent years including the HS250h available throughout North America. This hybrid model has been drawn down in the past few months due to sagging sales and a high price tag. The next generation of Lexus hybrid was introduced during the 2012 New York International Auto Show. Representatives from Lexus presented the ES 300h sedan during the show, which boosts fuel efficiency and driving comfort while maintaining the company’s commitment to quality parts. The ES 300h along with the traditional ES 350 are headed for showrooms throughout North America in time for summer. 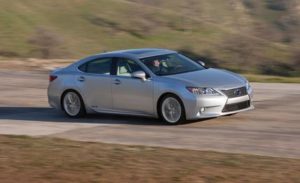 The ES 300h features the Lexus Hybrid Drive powered by a 2.5-liter gas engine. Engineers at Lexus focused on decreasing friction within the engine and adding advanced electronics that reduce fuel consumption. Lexus also eliminated the use of belts within the engine, opting for electric pumps and accessories that do not require belts. Another addition to the Lexus hybrid design is sequential fuel injection managed electronically by the onboard computer. The ES 300h might not match the Chevy Volt or Toyota Prius in fuel economy but Lexus is showing progress on improving fuel efficiency.

Performance metrics show that the ES 300h significantly enhances the hybrid portfolio for Lexus. An estimated 39 miles per gallon in fuel economy based on Environmental Protection Agency (EPA) standards is a strong showing in the luxury sedan market.

This combined fuel economy accurately reflects highway and city mileage as Lexus has navigated through the typical imbalance between those statistics. The ES 300h is about an inch wider than previous models and about 1.8 inches longer, providing slightly more room in passenger seating without sacrificing aerodynamics. 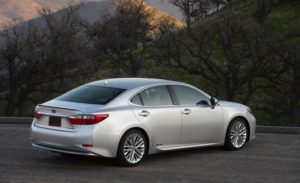 Lexus has jumped onto the drive customization bandwagon by incorporating the Drive Mode selector into the main console. Drivers begin in Normal mode to balance electric and gasoline power during their daily commutes. The Sport mode shifts power to steering and the engine for a more aggressive drive while the Eco mode reduces power to auxiliary systems for a more fuel-efficient drive. The ES 300h also features an EV mode, which draws power from the battery pack for brief bursts of all-electric driving.

The 2013 Lexus ES 300h has earned strong reviews from test drivers at Car and Driver and Edmunds.com. These plaudits allow Lexus to stand astride the brand loyalists who love powerful models and newcomers interested in eco-friendly vehicles. Lexus has not discussed the HS250h in relation to the ES 300h, likely to avoid remaining units of the first-generation hybrid from stagnating on dealer lots.

We should view the ES 300h as a successor to the HS250h as Lexus is unlikely to broaden its hybrid fleet beyond a signature model in the near future. Lexus fits into a group of luxury automakers that could invest more heavily in hybrid models based on brand popularity as well as R&D infrastructure. Consumers should certainly expect more models like the ES 300h from Lexus but shouldn’t bash the automaker for slowly taking the next step forward.