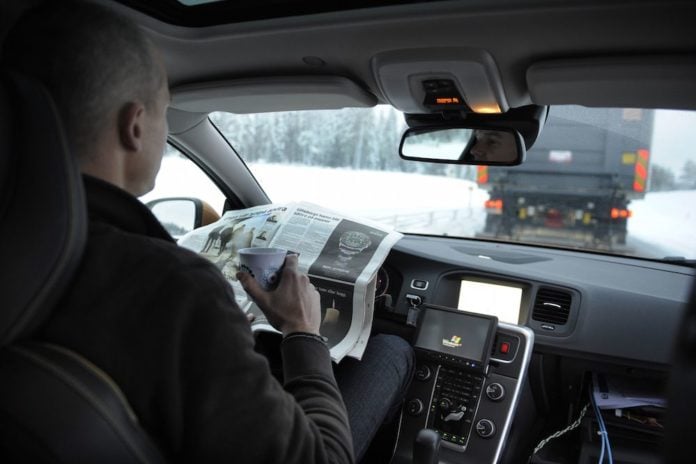 In the flurry of questions and dilemmas surrounding driverless cars over the past couple of years since Google first started testing its self-driving car prototypes, not a single researcher or auto industry expert has mentioned anything about them causing motion sickness, probably because everyone was hoping that this is an issue that will be eliminated when autonomous vehicles hit the road.

But, a new study suggests the exact opposite, claiming that motion sickness will probably be a much bigger issue for passengers in self-driving cars than it is for occupants in conventional vehicles.

According to a recent study conducted by researchers from the University of Michigan Transportation Research Institute (UMTRI), riding in a driverless car might turn out to be much less comfortable than previously thought. The claim that motion sickness will be a serious problem for those riding in driverless cars is based on the fact that this is a condition that occurs when there is a difference between an individual’s visually perceived movement and the actual sense of movement felt by the inner ear.

The authors of the study, Michael Sivak and Brandon Schoettle, say that motion sickness will be an issue that will occur more frequently with self-driving cars because everyone riding inside will be a passenger, and passengers are more prone to this condition. This is because drivers are able to anticipate the car’s movement and there is no difference between what their eyes are seeing and what their inner sense of balance is telling them.

With self-driving cars, people will be able to relax and engage in all sorts of activities that will take their eyes off the road and prevent them from anticipating the car’s movement. Passengers will most likely be preoccupied with their smartphones or laptops, or they will just lay back and read a book while getting a ride by an autonomous car, and they will not be paying too much attention to what is going on outside the vehicle, which will increase the risk of getting queasy.

Related:
The politics and liabilities of self-driving cars 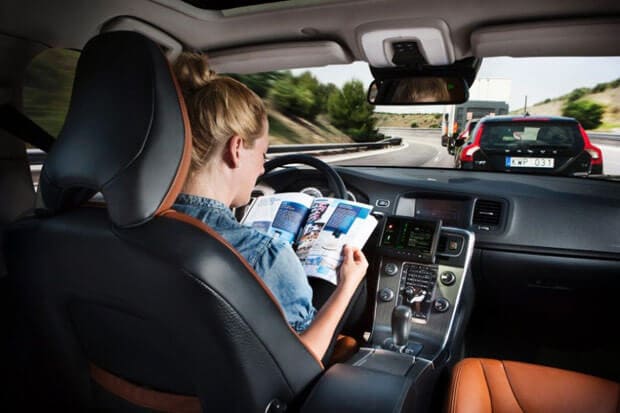 The results of the study show that 6-10% of riders in autonomous vehicles will experience moderate to severe motion sickness on a regular basis, meaning driverless cars could pose a serious public health problem. “By switching from driver to passenger, by definition, one gives up control over the direction of motion, and there are no remedies for this,” Michael Sivak and Brandon Schoettle wrote in the report.

Although this problem could be solved pretty easily if passengers were to avoid multitasking while riding in a self-driving car, that would void one of the main benefits of autonomous cars – allowing people to relax and engage in activities that are not related to driving and eliminating the need to pay attention to the road at all times.

That’s why the authors of the study say that there are a couple of things car manufacturers could do to prevent people from getting motion sickness, such as installing large windows that would allow passengers to see outside the vehicle and be able to perceive the direction of movement, as well as not installing swivel seats, which is a feature that can be found in most driverless car prototypes.