Greener IdealHelping you live sustainably
More
Home News Vehicles Hybrids More Efficient in China and in India Than in U.S. 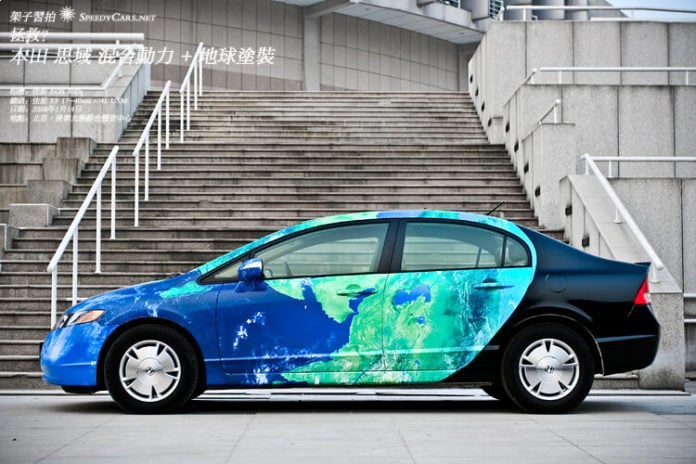 Better fuel economy is clearly the main advantage of hybrids over conventional, gasoline-powered cars. They can be huge money savers in the long run, as they are powered by a combination of electric motors and gasoline engines. However, fuel efficiency of hybrid vehicles depends largely on a person’s driving habits, as well as road and weather conditions, which is why two cars of the same model may get a different mileage, depending on how their owners drive and where they live. This was recently confirmed once again by researchers at the U.S. Department of Energy’s Lawrence Berkeley National Laboratory (Berkeley Lab), who analyzed the fuel efficiency of hybrids in China and in India, and compared the results against U.S. fuel efficiency ratings.

They conducted two studies, using real-world driving conditions, and found that hybrids are significantly more fuel-efficient in China and in India, than they are in the United States. The results were reported in two papers: “Understanding the fuel savings potential from deploying hybrid cars in China,”, which was published in Applied Energy, and “Understanding fuel savings mechanisms from hybrid vehicles to guide optimal battery sizing for India,” which is set to be published in the International Journal of Powertrains.

The analysis was conducted by Anand Gopal, the lead researcher, in collaboration with scientists Samveg Saxena and Amol Phadke. They used a powertrain simulation model, to create a hypothetical hybridized version of the best-selling conventional cars in both countries – the Buick Excelle in China, and the Maruti Alto in India. They simulated drive cycles in two Indian cities – New Delhi and Pune, and compared it with the U.S. drive cycle. For the China study, they simulated drive cycles in 11 cities, using a start-stop, a parallel, and a power-split hybrid powertrain. The tests showed that hybrids in India are about 47% to 48% more fuel-efficient than conventional cars, whereas fuel savings for hybrids in China are even more significant, as much as 55% over conventional cars. In the United States, on the other hand, hybrids get a 40% better mileage than gasoline-powered cars.

There are a couple of reasons why hybrids in the U.S. are not as efficient as they are in China and India. The main factor is the incredibly congested traffic in Indian and Chinese cities, with many starts and stops, and a lot of idling. Driving in such conditions is ideal for hybrids, since they get a significant amount of energy through the regenerative braking feature, which allows them to get back some of the energy that is lost during stopping. Also, the fact that the idle-stop system in hybrid vehicles can turn their engines off when the car is slowing down or when it comes to a full stop in traffic, allows them to save a lot of fuel when driving in heavy traffic.

These findings will be of great help to both India and China, which are expecting a huge auto sales growth over the next couple of years. They can use the results from these studies to promote hybrid vehicles and encourage consumers to buy more alternative fuel vehicles, in efforts to reduce carbon emissions from vehicles.