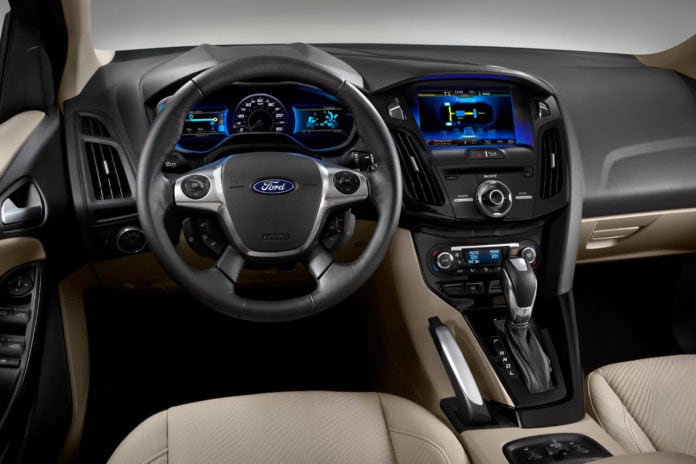 Primetime viewers throughout the United States experienced Ford’s sly efforts to promote the upcoming Focus Electric. Ford has run ads across major networks as well as the NBA playoffs that tout the benefits of the Focus Electric. These ads are clever because they are largely unbranded aside from a small disclaimer about the Focus Energi’s 2013 release date. The familiar styling, high fuel economy and clever visuals mirror Ford’s belief that a sea change in transportation requires simplicity rather than flash. 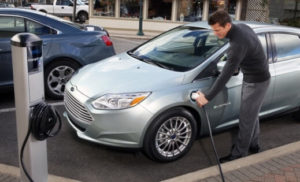 The Focus Electric is powered by a 23kWh lithium-ion battery as well as a 105kW electric motor. Ford has noted repeatedly that the Focus Electric can be recharged in half the time of the Nissan LEAF thanks to a 6.6kW charger. The Environmental Protection Agency (EPA) has certified this model at 105 miles per gallon equivalent (MPGe) with a city rating of 110 MPGe. Engineers responsible for the Focus Electric dealt with a heavier curb weight than the Nissan LEAF by boosting battery and drive system efficiency. A suggested retail price of $39,995 compares unfavorably to the LEAF’s $27,700 MSRP though both are less expensive with state and federal tax incentives.

Ford started production on the Focus Electric beginning late last year at the Michigan Assembly Plant. The initial rollout will take place in California, New York and New Jersey by June 2012. Dealerships in 19 major metro areas in the United States are slated to receive units by December 2012.

The Focus Electric is part of a broader strategy by Ford to develop an effective zero-emissions platform that could be replicated across multiple models. Representatives from Ford have noted on several occasions that the Focus Electric shares 78% of components with the gas-powered Focus. This overlap in production methods saves resources for Ford as they hope to keep retail prices down.

Reporters and test drivers over the past few months have given rave reviews for the Ford Focus Electric’s functionality. The automaker recently hosted a test drive for media members at the Fortune Brainstorm Green symposium in California. Participants were impressed by the vehicle’s absence of road noise and driving sounds, which allow for a more relaxing drive. This test drive also revealed that upgrades to the steering and regenerative braking systems improved the user experience. Ford seems to have successfully combined the styling and size familiar to Focus drivers with an exceptionally eco-friendly drive system.

Dealers in California, New York and New Jersey are currently in training to streamline the Focus Electric buyout. Ford has worked with 67 dealerships across these three states to educate staff about the unique features of the Focus Electric. This training also highlighted techniques for improving the environmental impact of dealerships including solar energy collection, parts recycling and water collection.

The automaker will only provide EV certification to a dealership if 80% of sales and garage staff successfully complete training. The Focus Electric experience is not just about pushing units out of the showroom but engaging consumers in a sustainable transaction.