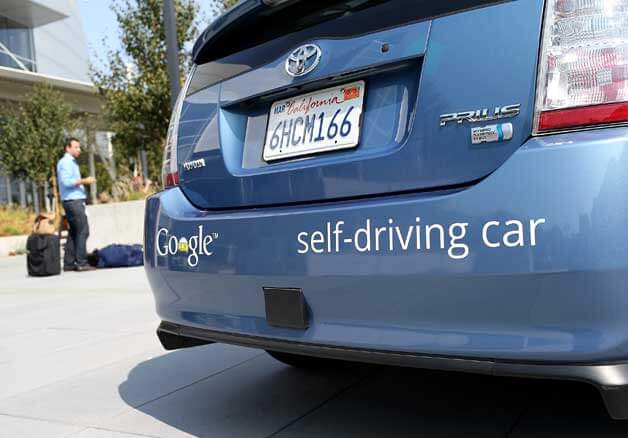 The automotive industry is in a constant battle to improve its reputation of being one of the planets main polluters. With car manufacturers starting to feel pangs at their green conscience, more and more resources are being channelled into creating a greener more sustainable driving experience.

There is a new technology in development which looks set to be a popular sight on our roads by the end of the decade, one that has hope of making our driving experience a little easier, and a lot greener – the self-driving car.

Google is championing their own version of self-driving technology, boasting over three hundred thousand miles under the bonnet. The technology is being heralded as quicker and safer than the human eye, and is expected to halve the number of traffic accidents, as well as significantly diminishing the fatality rate on US roads. But this is not the only reason self-driving cars are so exciting.

The technology takes over all driving responsibilities. The vehicle uses infrared radars, as well as motion sensors, cameras and an incredibly accurate GPS system to allow the car to drive itself. The car can read road lights, traffic signs, road markings and even monitor other vehicles, cyclists and pedestrians. The car drives by the rules of the roads, meaning speed limits are always adhered to and obstacles and potential hazards are spotted much quicker allowing for a safer halt, with less breaking and accelerating.

The automotive industry are predicting that due to the way these cars drive, there will be significantly less gas consumption compared to a vehicle driven by a human. Environmental groups are confirming this assumption, affirming that most gas is burned when driving at high speeds and breaking excessively. Self-driving vehicles cut these factors out of their driving style, meaning less gas is burned, resulting in less air pollution.

But this is not the only reason for such positive environmental predictions. It is understood that as this technology is advanced and developed, the cars will become lighter as there will be less need for heavy safety modifications to the engine. This will also have a huge effect on gas consumption.

As the vehicles become safer, there will be less traffic accidents, so less chance of damaging a car beyond repair. More sensible driving methods will also retain the quality of the engine for longer. Car dealers predict that there will be a slight reduction in car manufacturing as demand lessens. The manufacture of one medium sized car produces around 17 tonnes of pollution. With numbers like this if there was even a 5% reduction in car manufacturing, the difference in our air quality would see a dramatic change.

Self-Driving technology has the potential to make the roads safer and the air cleaner, the responsibility now lays with the car manufacturers to develop and hone this product to a point where it can be made available to the mass market at an affordable price.