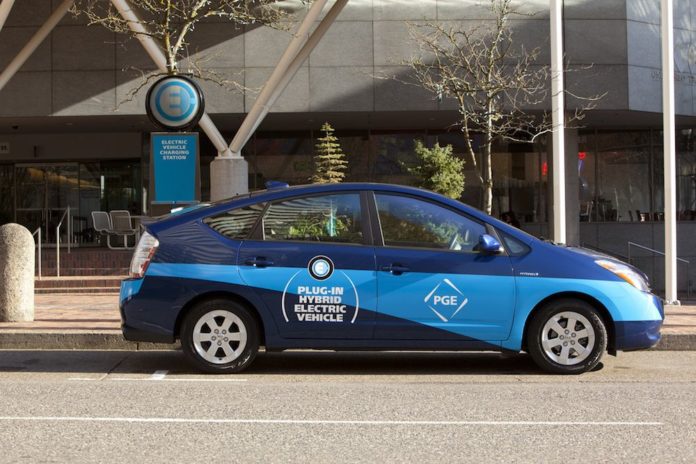 For a long time now, the lack of publicly available charging stations has been pointed out as the biggest obstacle for electric vehicles, so supporters of the EV movement have been asking for increased investment in the public charging infrastructure, for a faster EV adoption. But, findings from a new study contradict these claims, and suggest that interest in electric cars does not depend on the existence of a charging infrastructure.

According to the study conducted by researchers at Simon Fraser University, from Burnaby, British Columbia, Canada, awareness of public charging has little impact on consumer demand for plug-in vehicles.

Professor Jonn Axsen, along with a group of students at Simon Fraser University published their findings based on a poll of 1,739 households in Canada, where participants were asked whether they know what kind of public charging infrastructure exists in their region and whether they are interested in buying an electric car.

Based on the responses, researchers concluded that government incentive programs have a bigger impact on boosting EV demand than the number of publicly available charging stations.

The study shows that in regions that have a more extensive public charging network, consumers were not particularly interested in electric cars. In British Columbia, for instance, authorities installed 500 EV charging stations in 2013, when the poll was conducted, which helped increase people’s awareness of charging infrastructure, but that did not result in increased EV sales in that region. In this Canadian province, 31% of the respondents said that they had seen at least one public charging station, compared to just 13% in the rest of the country.

Rather than having access to public chargers, respondents said that they would be more interested in EVs if they had electric car chargers at home. Also, researchers say that incentives like rebates and tax credits would be more effective for encouraging consumers to buy electric vehicles than investing in installation of public charging stations.

“We know that purchase rebates can spark consumer interest, and we’ve shown that home charging is important. In combination with the implementation of a Zero Emissions Vehicle mandate like California’s, these measures could be the biggest boosters of electric vehicle sales,” said Jonn Axsen.

Finally, researchers found that consumers are more interested in plug-in hybrids than all-electric cars, because hybrids can run on gas, in addition to electricity, which means owners don’t have to rely solely on electricity. This means that those who own a plug-in hybrid are less affected by the range anxiety issue, and don’t have to worry about getting stranded on the road if their car battery runs out of power.