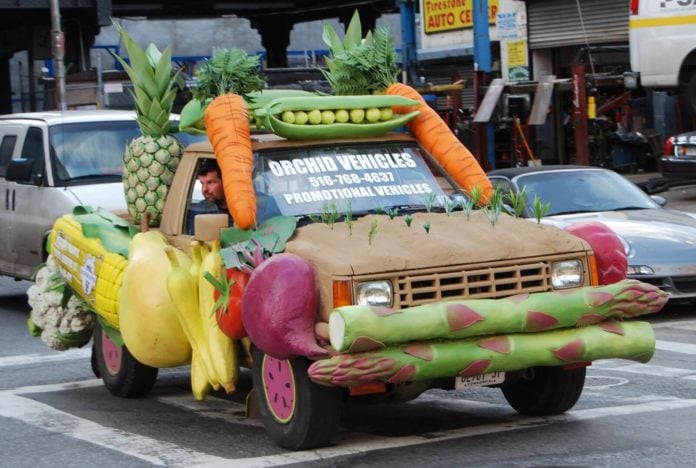 You’ve decided to make the switch to vegetable oil as a fuel. You’ve read all about straight vegetable oil (SVO) and waste vegetable oil (WVO) and have started looking for a suitable diesel vehicle for your conversion. You don’t have a lot of money to spend. Here’s how to pick the right car for your project.

Mercedes diesels from the ‘70s and ‘80s cost as much as three times as much as Volkswagen diesels of the same vintage. The pricing reflected a superior original build quality, with heavier-duty, more durable parts in every corner of the car. Additionally, the original owners of these vehicles were more likely to store them in a garage and service them at the Mercedes dealership, while also keeping them for several years longer than the average new Volkswagen buyer. Today, the price differential has almost completely disappeared. A 1985 Mercedes 300D can be had for about the same price and condition as a 1985 Volkswagen Jetta, but the average Mercedes remains a far superior and safer vehicle.

2. Don’t buy from a little old lady or a barn

Older diesel engines work best when hot and under a full load. For this reason, a low-mileage example used for 5-minute trips to the grocery store for 30 years is unlikely to have been run at the proper operating temperature, which results in an improperly lubricated engine. If you now start taking long trips, you may find that the old engine seals give out. However, if the vehicle was used at least monthly and brought up to operating temperature, it may be OK. “Barn find” is usually code for a vehicle that has been sitting for years. Avoid!

It’s not uncommon to find an ‘80s vintage Mercedes diesel with over 300k miles. Indeed, many still serve as taxis in the Middle East. As with any car, there are wear items to be replaced and a regular maintenance schedule to follow. A vehicle that achieves high mileage is almost certain to have been regularly maintained. There are exceptions, of course, but don’t let the miles stop you from considering an otherwise attractive car. As with any used car, avoid rust buckets! 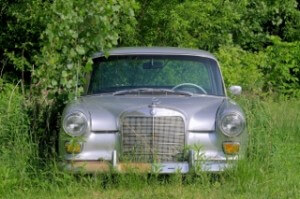 When you schedule a test drive, ask the owner not to run it prior to your arrival. Pop the coolant reservoir cap and inspect the coolant and cap. Oily or foamy residue can be evidence of a leaky head gasket, which is expensive to repair. Have the owner start the car while you watch the tailpipe. A short burst of black smoke is normal, but blue, white or sweet-smelling smoke can be a problem. The black smoke should not persist, though it may take until the engine heats up to abate. Look for black soot build-up on the area around the exhaust as evidence of a problematic oil-burning engine.

Put the car through the normal test-drive paces. Be sure to attain highway speed, then “floor it” as though passing. The transmission should kick down into a passing gear, which will put the engine under load, likely releasing a cloud of black smoke from the tailpipe. A James Bond -worthy continuous smokescreen is not desirable.

When you park, leave the engine running and open the hood. Carefully loosen the oil filler cap on the top of the valve cover. If it rattles around a little or sits still over the filler hole, all is well. If the cap forcibly ejects on a cloud of steam or gas, the engine has excessive “blow-by” which is a harbinger of bad things to come. Some blow-by isn’t the end of the world, but the excessive crankcase pressure will eventually require a rebuild.

Related:   Could sawdust be used as fuel for our cars?

The durability of diesels has ensured a long career for mechanics specializing in the type of car you’ve chosen. Check online forums for recommendations, then call a shop and ask for a pre-purchase inspection. It may cost up to $200, but if it reveals a worn out transmission or structural rust, it will have been the best investment you can make. Plus, you’ll meet a mechanic who can help you with your new (old) car when you get in over your head. The mechanic should give you a report on the condition of the vehicle, and explain any areas of concern.

Starting with a diesel vehicle in good running order will make your SVO project much more enjoyable. You’ll get to spend time working on the conversion rather than trying to attain basic road-worthiness. Good luck!

Chevron Goes Back on Biofuel Promise