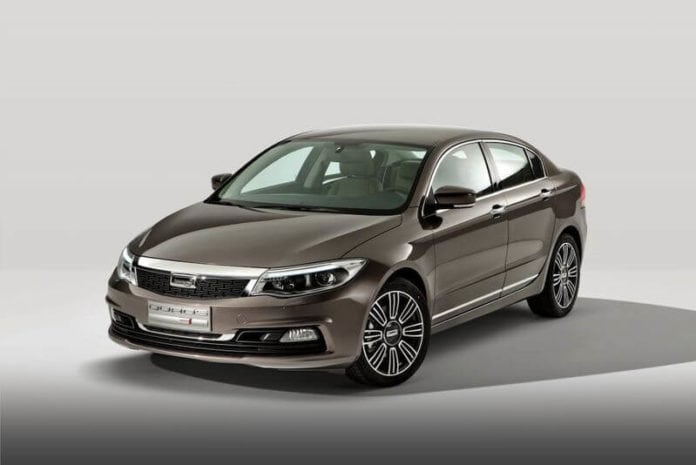 Chinese venture Qoros Automotive has been deliberate about testing its first generation of vehicles. The firm owned by Chery Automobile and Israel Corporation has placed the Qoros 3 Sedan through two years of road tests throughout the world. A slow but steady approach to vehicle development will yield results starting with the upcoming 2013 Geneva Motor Show. Qoros will showcase a traditional sedan alongside a hybrid concept during the event. The Qoros 3 Sedan is launching in China by this fall with a European release expected by early 2014. The Cross Hybrid Concept is not yet slated for production but might be included in additional releases in late 2014 and 2015.

Qoros is marketing the 3 Sedan as the centerpiece vehicle for the automaker’s growing fleet. This model is powered by a 1-6-liter gas engine with a six-speed or seven-speed manual transmission available upon request. The automaker developed a start-stop system for the drive train that reduces fuel consumption by using battery power to restart the engine after full stops. The Qoros 3 Sedan is expected to meet European Union standards for carbon emissions, allowing the vehicle to be sold on the continent after new rules take effect in 2014.

The 3 Sedan might be the core of the Qoros fleet but the Cross Hybrid Concept is a far more intriguing model. Qoros worked with American Axle to develop a drive system that would decrease fuel consumption compared to competing sedans. The resulting system uses a 1.2-liter gas engine on the front axle that produces 97 kW. The Cross Hybrid Concept also features a 50 kW electric motor located between the trunk and rear axle. Qoros designed the electric motor to power the rear axle while remaining protected from side impacts. LG Chem was contracted by Qoros to develop the 1.9 kWh lithium-ion battery pack dedicated to the rear motor.

The Integrated Starter Generator (ISG) and intelligent control system are innovations that allow the Cross Hybrid Concept to compete with existing hybrids. The ISG is a second motor located between the engine and transmission. This motor uses electrical power to start the engine with minimal noise and rattling. Qoros also added the ISG to charge the rear battery, thus allowing the Cross Hybrid Concept to function in all-wheel drive at all times. Drivers need not worry about shifting driving modes thanks to a finely tuned intelligent control system. This system automatically shifts to front, rear or all-wheel drive depending on the driver’s habits as well as road conditions.

Qoros has few performance details at present for the Cross Hybrid Concept but provided estimates ahead of the Geneva debut. The Cross Hybrid Concept can hit 60 miles per hour from a full stop in seven seconds based on computer testing. This crossover model has a maximum speed of 75 MPH in all-electric drive with a per-charge distance of 2.5 miles before engine power is restored. Qoros anticipates that the 3 Sedan and Cross Hybrid Concept could spin off into hatchbacks, sedans and SUVS thanks to dynamic body designs. A new automaker like Qoros must develop fuel-efficient models to compete in a difficult marketplace. Qoros looks poised to get off to a great start during the upcoming show in Geneva.