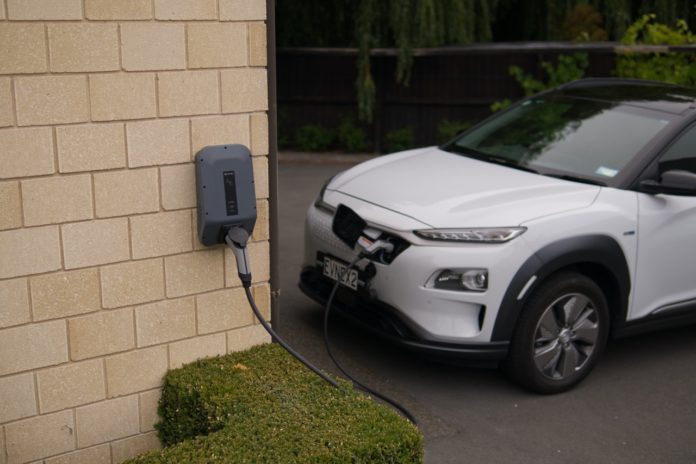 A shortage of electric vehicle charging stations is causing green drivers to see red, as there have been ‘charge rage’ incidents in America.

Electric cars parked at charging stations at offices and public spaces in California’s Silicon Valley have been unplugged by frustrated fellow electric car drivers looking for a spot to plug in.

A Chevy Volt owner complained publicly on an Internet message board that a Nissan Leaf owner had unplugged his car without explanation.

On Twitter, you get the feeling you’re in school and everyone is egging on two classmates hoping for a fight.

“I’d pay to see two EV owners fight over a charge spot,” said one Twitter user. “I don’t think any fists would be involved… it would be either a slap attack or purses being swung.”

Others on Twitter side with those unable to find a spot to charge, saying they don’t think people should be allowed to reserve spots, or tie them up.

Some angry environmental motorists have written nasty notes and left them on the windshield, screaming at the owners for hogging the charging station.

Others have gone so far to actually voice call and text message the offending driver, giving them a piece of their green mind.

Although electric vehicle drivers may have difficulty finding a place to charge-up, they do get deep discounts on car insurance – provided they don’t end up in jail for getting into a fight for a charging station.

Numerous insurance companies across North America and Europe offer discounted rates for the greener driver. Check out Electric car insurance from The Green Insurance Company to see how one insurer supports the electric vehicle driver.

So far, there haven’t been any reports of charge rage incidents turning violent – but that’s become a big concern for some big companies providing these charging stations to their employees.

To prevent charge rage from escalating, the company is working on guidelines for their greener drivers.

ChargePoint – a company which manages a large electric vehicle charging network in Silicon Valley – says companies should provide one charging port for every two of their employees’ electric vehicles, to keep up with demand.

Electric vehicles are still the new kids on the block, as the added cost to purchase an EV over a traditional gas guzzler drives many away. However, latest estimates say there are about 170,000 electric cars on American roads.

Contrast that with statistics that show there is only one charging point for every six electric vehicles in the States.

And American President Barack Obama has said he wants to see one million electric vehicles in the States by next year.

No wonder the stereotypical free-thinking, peace-loving, tree-hugging electric driver is going ballistic. Finding a place to charge-up is like trying to find a parking spot at the busiest mall at Christmas time.

Website Plugincars has created an eight-point charging etiquette list to calm the charge rage storm sweeping across nerd central’s Silicon Valley. Although one of the points is titled “No Nasty Notes,” it says a firm and polite note left on the windshield is okay. Some other tips they suggest include charging only when necessary, charge-up and move on, and don’t unplug hybrids, except when they are done charging.

This article is published in partnership with The Green Insurance Company, recycling bin suppliers in the United Kingdom.