Greener IdealHelping you live sustainably
More
Home News Vehicles The Battery in the Boeing 787 is not the Same as the... 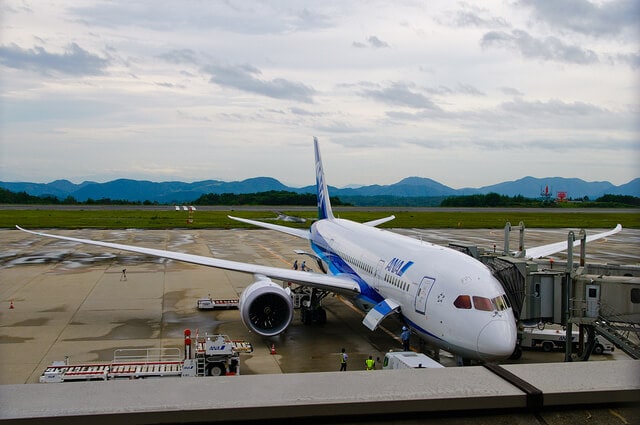 In a move intended to prevent yet another wave of criticism from crashing down on the electric car industry, Green Car Reports published an article early this morning discussing the recent issues with the Boeing 787 airplane. According to NBC News, the United States’ Federal Aviation Administration (FAA) has grounded all Boeing 787s until they can be sure that the planes are safe to operate. The 787—or “The Dreamliner” as it has been popularly referred to—is Boeing’s newest model and was seen in the aviation industry as somewhat of a revolutionary. Its lightweight design and electric motor were a first for mass air transport when the 787 first came out back in 2011. In the last two years, however, Boeing has had some significant issues with the plane—the most serious being its tendency to ignite.

As you may recall, cars with electric power trains also found themselves on fire a time or two when they were first being mass produced.  Perhaps the most memorable of these fires was the one that occurred to a Chevy Volt during crash testing.  Suspecting it was the Volt’s battery that was to blame for the fire, the National Highway Traffic Safety Administration (NHTSA) immediately kicked off an investigation.  Though the Volt was ultimately declared safe, many EV opponents latched on to the bad press it was receiving during the investigation and used it to fuel their anti-EV crusade.

In the wake of the news about the Boeing 787 fires and the plane’s subsequent grounding, many are again questioning the safety of EVs. However, contrary to what an aeronautical engineering professor at St Louis University had to say, Green Car Reports wants everyone to know that the batteries in the plane and the batteries in EVs are not the same.

In fact, while it is true that both the 787 and most electric cars use lithium-ion batteries, they don’t use the same kind of lithium-ion batteries.  As the Green Car Reports article explains, the batteries in the plane are similar to the ones in laptops and in cellphones—made with a cobalt oxide chemistry—or CoO₂ for all you scientists out there. These batteries are much more susceptible to fire than the batteries in most EVs, which are typically made from manganese, nickel and other metals.  To avoid getting in over my head any further than I already am, know that only the Tesla Roadster EV has the same type of lithium-ion battery as the Boeing 787 Dreamliner—that should win you any arguments with EV opponents in the next couple of days.