Will we soon have a definitive answer in the case of which hybrid car is most fuel-efficient? If students in the Arabian Gulf have anything to say about it we will.

This month in Abu Dhabi, engineering students from across the Middle East will be showcasing their designs in a hybrid car competition. The 2014 Taqa Hybrid-Electric Challenge, taking place January 30 and 31 at the Al Forsan racetrack, gives engineering students the opportunity to try out what they have learned in the classroom about hybrid vehicle engineering and apply it in a real-world, competitive environment.

The race’s official launch, which happened Monday, laid out the rules of the contest and the number of competitors that would be involved. Each of the 11 teams in the race have been provided with the components to build their cars and are allowed to augment the car however they see fit, with altering the electric batteries, generator and charger.

The victor of the competition will be the vehicle travels the furthest using only a limited amount of fuel and energy, not the one that moves fastest. The cars being used are known as “series hybrids,” and their electric motor can receive energy either from a battery or a generator run by a petrol engine. The lesson in energy management is important for future engineers, regardless of what avenue they end up pursuing as a career.

On the first day of the race, each of the 11 cars will be charged with 1.5 kilowatt hours of electricity prior to being placed on the track. On the second day, cars will have to rely on whatever reserves they have left in the electric battery, as well as 3.8 litres of petrol.

Related:
Green Vehicles Among the Highlights at the Geneva Auto Show

Students will have to decide between two design options for their cars. They can either place the electric generators and chargers on board the vehicles, or opt for the off-board option where the equipment is situated in the gut of the vehicle.

The advantages? If students choose the first option, their car needs only short pit stops to add fuel, while the second means stops as long as 15 minutes to charge the car batteries. However, the car will be lighter and require less energy to run.

In the end, not only will students learn about the various engineering feats hybrids are capable of achieving but they will be closer to determining how to eventually engineer cars even more fuel efficient for the general public. 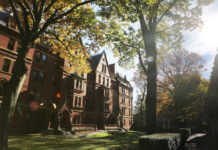 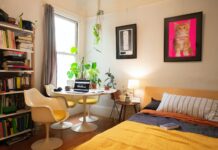 7 Low-Effort Plants for Your Dorm Room