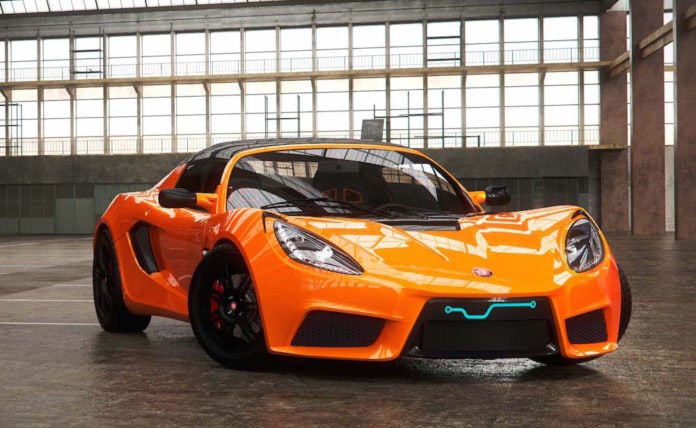 While 30 miles faster than the comparable Tesla Roadster, the SP:01 will have a considerably shorter battery life, running out of a juice at at “mere” 180 miles, about 65 miles less than the Roaster.

Detroit Electric, which built 13, 000 electric vehicles from 1907 to 1939, was revived in 2008 by former Lotus CEO Albert Lam to address the growing market for high performance, all-electric sports cars.

The company, though, has faced a rough road to recovery. Since unveiling the SP:01 in 2013, production was delayed after failing to secure a suitable manufacturing facility and a corporate relocation from Michigan to the Netherlands.

Head over to The Auto Future for a full breakdown of the SP:01’s specs, and a deeper comparison with the Tesla Roadster.