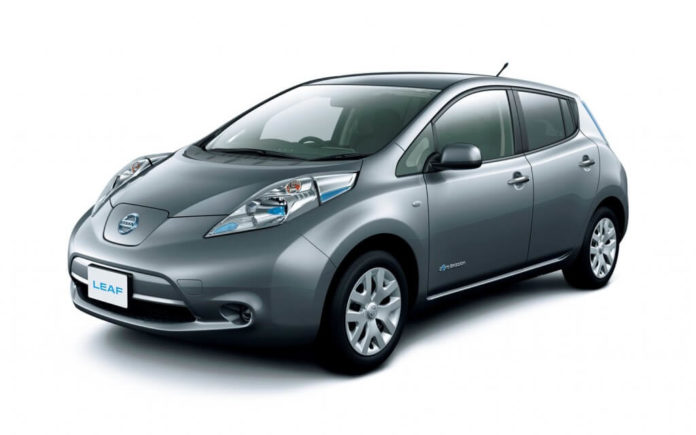 Emerging from a less than spectacular sales year, during which expectations for the Leaf were missed by a long shot, Nissan has announced several upcoming improvements for its EV.  The 2013 model year will be the third for the Leaf, and the planned upgrades are necessary as it will be facing stiffer competition than ever before. In order to keep up with the likes of the Chevy Volt and Ford Focus Electric, Nissan has announced a whole new trim level for the 2013 Leaf.  In an absurdly long press release, they also announced an improved charging time and an extended range due to updated regenerative brakes and a new drive mode.

For the 2011 and 2012 model years, consumers were only able to choose between two trim levels when buying a Leaf—SV and SL. Next year, an additional trim level—S—will be added to the mix.  The S trim will be the base trim, and though pricing details have yet to be released, it will be the cheapest option for future Leaf buyers. The fact that Nissan is now producing the Leaf and its battery stateside in Smyrna, Tennessee will surely help the Japanese automaker keep the price down on all trim levels.

For the 2013 model year, not only will those interested in the Leaf get to choose between three trim levels, they will also have the option of two chargers. The larger, 6.6-kW charger will come standard on the SV and SL trims, while you’ll have to upgrade from the smaller 3.6-kW charger if you want the 6.6-kW one with the S trim. The 3.6-kW charger is the only charger Nissan offered for the 2011 and 2012 model years, and the larger charger is expected to cut charging time in half.  While it used to take 8 hours to charge a Nissan Leaf from empty to 80% battery capacity, it’s expected to take only 4 hours with the 6.6-kW charger.

Whenever anyone thinks about buying an electric car, their biggest concern is with the car’s range. In the three years since Nissan debuted the Leaf, its range (73 miles according to NissanUsa.com) has been surpassed by a number of other EVs. Nissan hasn’t announced any range numbers for the next generation Leaf, but says that the car’s improved regenerative brakes and its new “B” drive mode will help the Leaf go further than ever before. If we’re lucky, maybe the Japanese automaker will have more to say about the 2013 Leaf’s range and pricing during the Detroit Auto Show next week.