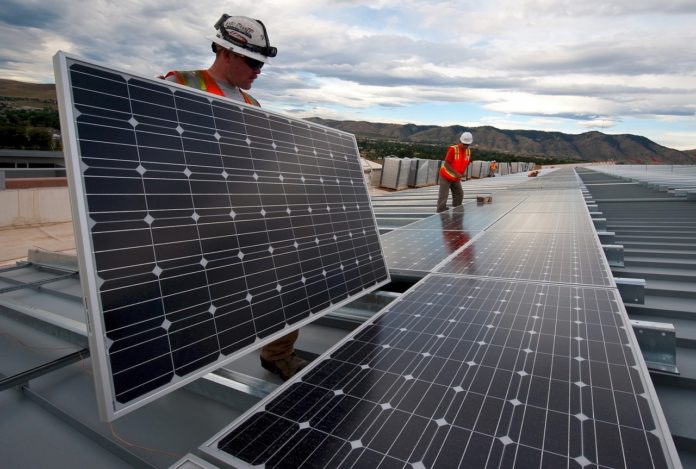 Solar tariffs set to be introduced in the US will come at a human cost with the loss of 23,000 jobs in the first year alone, experts warn.

The Trump-Administration-inspired tariffs on imported solar panels will likely see a major spike in their installation costs in homes and businesses across America.

Based on guidelines from the US International Trade Commission, a four-year schedule of tariffs will be drafted in.

While the tariffs have been installed to protect US manufacturers, the ripple effect of the new charges could decimate the US installation sector.

A spokesman for the Solar Energy Industries Association, which represents US solar installers, said the ruling, which was first recommended in December in an attempt counteract Chinese imports, would harm the industry.

It has estimated 23,000 US jobs will be lost and stop dead in its tracks billions of dollars of investments.

Industry experts said the US solar industry accounts for around 375,000 jobs, with three-quarters of that figure in the installation sector.

The knock-on of the tariff to the consumer in the final installed price of solar will cost around an extra 10 to 15 cents.

23,000 US jobs will be lost and stop dead in its tracks billions of dollars of investments.

However, as the solar industry competes on thin margins, installers warn the tariffs could deplete demand and see investments cancelled.

The tariff is a reactive tool by the Trump Administration to combat the threat from China.

This spurred duties on Chinese-made solar panels in 2012, but the Chinese switched final production to Taiwan to evade them.

Another attempt in 2013 at launching tariffs was countered by Chinese companies switching production to the likes of South Korea, Singapore and Germany.