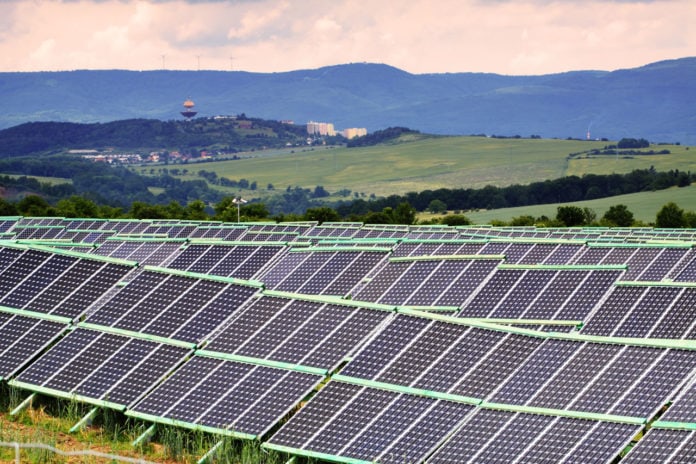 An engineering project by students in Texas is working towards solving the energy sector’s biggest question: how to store solar energy efficiently.

While generating power from the sun is the easy bit, the ability to store the power has become the Achilles Heel of solar power. Until now.

Engineering researchers at The University of Texas at Austin have been handed a Department of Energy grant of $3 million to solve the problem.

And it appears the team from UT’s Cockrell School of Engineering is well on the way to meeting that challenge.

Presently, there are two systems in play: solar energy systems that are bulky with inefficient storage capacity. And energy coming from existing solar power systems must be housed in storage systems outside of the generators.

But researchers have come up with a way to integrate solar power generation and storage into one single system. And in doing so, halving the cost.

The project will seek to develop the next generation of utility-scale photovoltaic inverters, also referred to as modular, multifunction, multiport and medium-voltage utility-scale silicon carbide solar inverters.

Collectively, the combined technologies are known as an M4 Inverter – their main function being the conversion of the direct current output of solar panels to medium-voltage alternating current, which eliminates the need for a bulky and expensive low-frequency transformer.

Electrical and computer engineering professor Alex Huang, who directs the Semiconductor Power Electronics Center in the Cockrell School and works with the UT Center for Electromechanics, is the lead principal investigator for this project.

“Our solution not only reduces capital costs, but it also reduces the operation cost through its multifunctional capabilities,” Huang said.

“These functionalities will ensure the power grids of tomorrow can host a higher percentage of solar energy. By greatly reducing the impact of the intermittence of solar energy on the grid and providing grid-governing support, the M4 Inverter provides the same resilience as any fossil-fuel-powered grid.”

One such additional functionality is the ability to provide fast frequency control, which would prevent a solar-powered grid from experiencing blackouts on days when large cloud cover might obstruct solar farming.

The team will partner with the Electric Reliability Council of Texas, Toshiba International, Wolfspeed and Opal-RT, as well as Argonne National Lab.