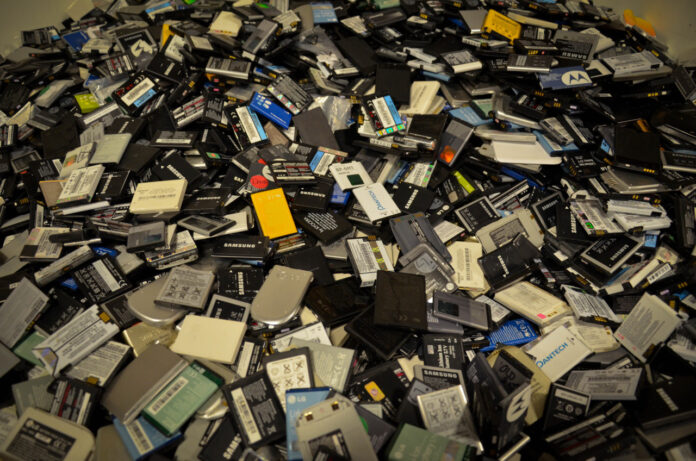 Batteries are critical to our daily lives. They power everything from our phones and laptops to our bikes and cars. But what happens to batteries when they’re no longer usable?

Battery recycling is vital for both environmental and economic reasons. When batteries get recycled, valuable metals like lead and cadmium are recovered and used to make new batteries. This recycling process eliminates the need to mine for these metals, which is terrible for the environment.

In addition, recycling batteries is creating jobs in developed and even developing countries where many of the world’s battery recycling facilities are located.

So how exactly do batteries get recycled? To answer that, you’d have first to know what batteries are made of.

What are batteries made of? 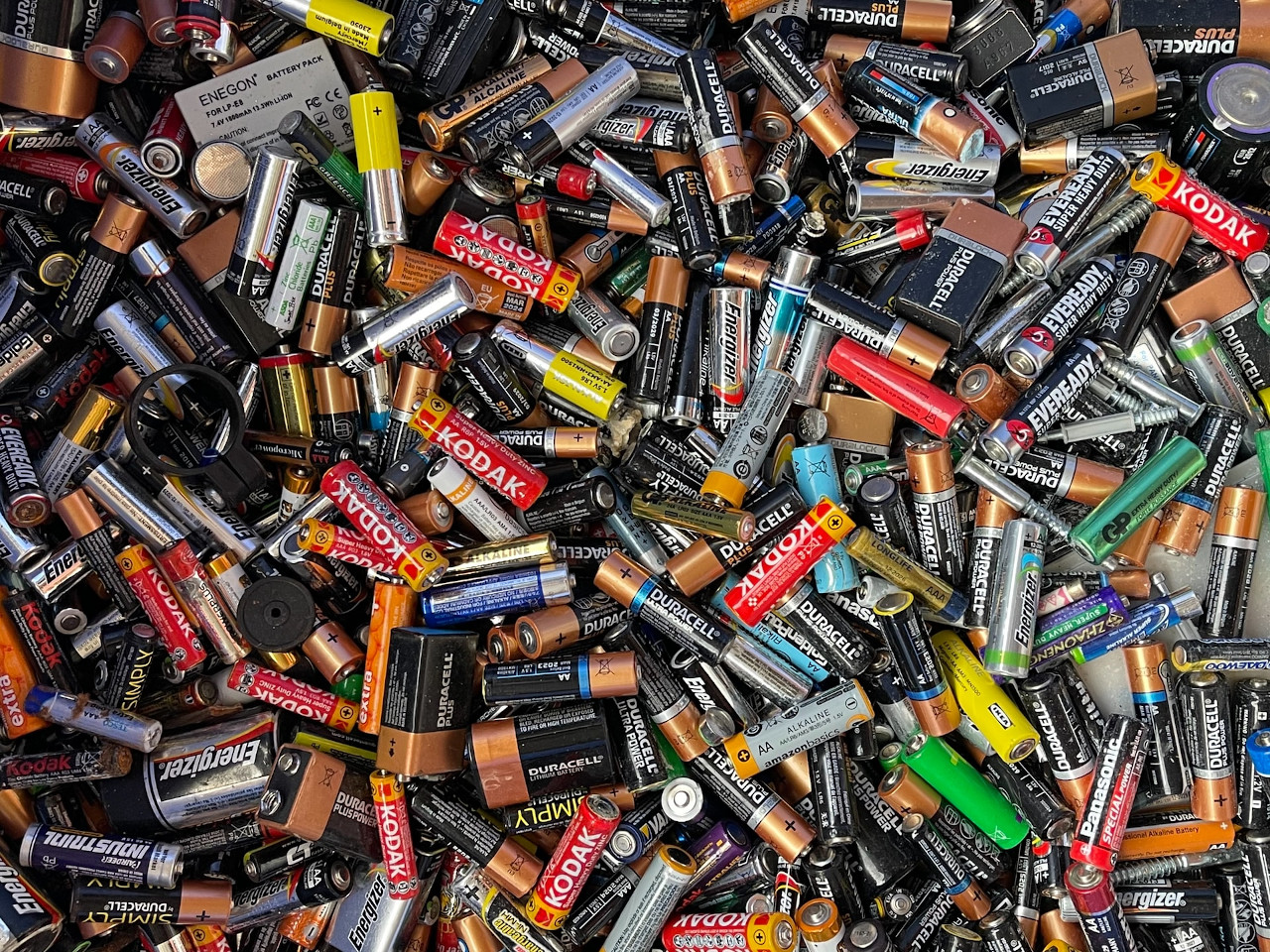 Batteries are made up of different materials, including lead, acid, and other chemicals.

Lithium-ion batteries are made of a combination of materials, including lithium metal or lithium compounds, carbon, and other metals like cobalt or manganese. The specific materials used in a battery depend on the type of battery made.

For example, some batteries use lithium metal as the anode, while others use lithium compounds like LiCoO2 or LiFePO4. The choice of material is based on several factors, including cost, safety, and performance.

For instance, lithium metal is more reactive than lithium compounds, making it more efficient and prone to overheating and catching fire. As a result, it is typically only used in specialized applications like electric vehicles.

In contrast, lithium compounds are less reactive and more stable, making them more suitable for use in consumer electronics. However, they are also less efficient than lithium metal, meaning that batteries with these materials tend to be larger and heavier.

When a battery can no longer hold a charge, it is considered “dead.” Dead batteries can be recycled and the materials reused to make new batteries. Recycling batteries helps conserve natural resources and reduce pollution.

In the United States, some laws require manufacturers of certain types of batteries to recycle them.

Furthermore, the federal government also provides funding for recycling alkaline and carbon-zinc batteries through the Universal Waste Rule. These laws help to ensure that battery recycling is carried out in an efficient and environmentally responsible manner.

These laws help to ensure that batteries are recycled properly and that the materials are not released into the environment where they can cause pollution.

How are batteries recycled? 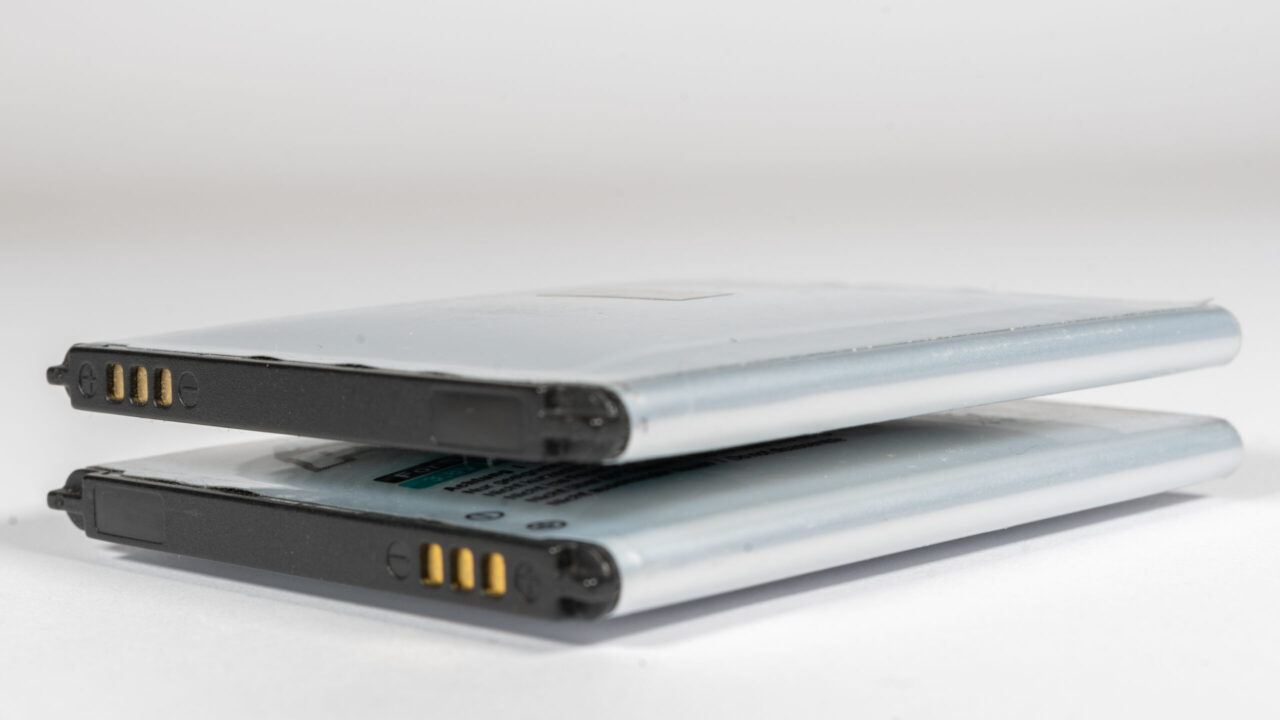 Different types of batteries are recycled in different ways.

The first step is to collect used batteries from businesses and consumers. This is typically done through battery recycling programs run by governments or private companies.

Batteries are typically recycled by breaking them down into their component parts.

Lead acid batteries, for example, are recycled by crushing the battery into small pieces and then separating the lead from the plastic. The lead is melted, purified, and cast into new batteries.

Lithium-ion batteries are recycled by breaking them down into their component parts. However, the process is a little more complex.

First, the battery is crushed into tiny pieces. The small pieces are then sorted, placed in a furnace, and heated to extremely high temperatures. This causes the metal and chemical compounds in the battery to liquefy.

The molten lithium is separated from the other metals, cooled, and cast into new batteries.

The most common metals in lithium-ion batteries are cobalt, nickel, and manganese.

Cobalt is often used in the production of magnets and high-strength alloys. Nickel is used in electroplating and stainless steel production. And manganese is used in a variety of applications, including dry cell batteries and fertilizers.

Recycling lithium-ion batteries not only reduces waste but also helps to conserve these valuable resources.

The benefits of recycling batteries

Recycling batteries conserves natural resources for several reasons. For one, it takes less energy to recycle lead and other metals than mine them from the earth.

According to the EPA, recycling one million laptops can save the energy equivalent of powering 3,500 homes for a year. In addition, recycling batteries reduces harmful emissions from mining operations, which can contribute significantly to greenhouse gases and climate change.

A recent study found that just one gold mine in Peru produces about 2.5 million metric tons of greenhouse gas emissions each year. Recycling batteries helps to reduce these emissions and preserve our natural resources for future generations. 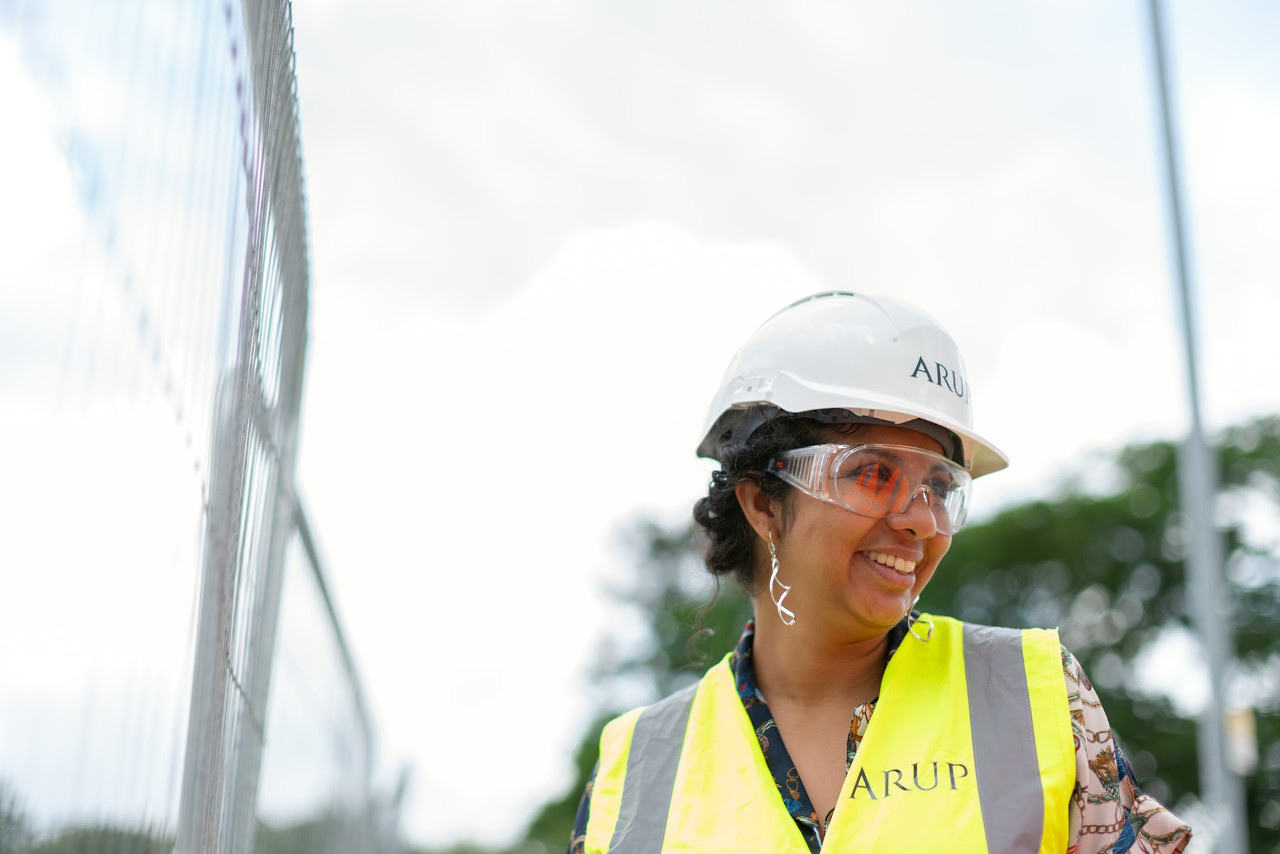 Recycling batteries creates jobs in a variety of industries. In the United States alone, there are over 5,000 recycling facilities that employ 36,000 workers. The recycling industry is projected to grow significantly in the coming years.

In fact, according to a recent report, the global recycling market is expected to reach $664 billion by 2025. This growth will create even more jobs in the recycling sector, including positions for battery recyclers.

As more and more consumers begin to recycle their batteries, the demand for recycling services will increase, creating new opportunities for employees in the industry.

These workers can enjoy decent rising careers with good pay and benefits with proper training. In addition, they will play an essential role in preserving our environment for future generations.

When batteries get recycled, the lead and other heavy metals are separated from the plastic and other materials. These metals can be used again in new batteries, eliminating the need to mine for new lead and other metals.

According to the EPA, recycling just one pound of lithium batteries can conserve up to 75% of the energy required to produce new battery component metals. In other words, recycling batteries is not only good for the environment – it’s also good for business. 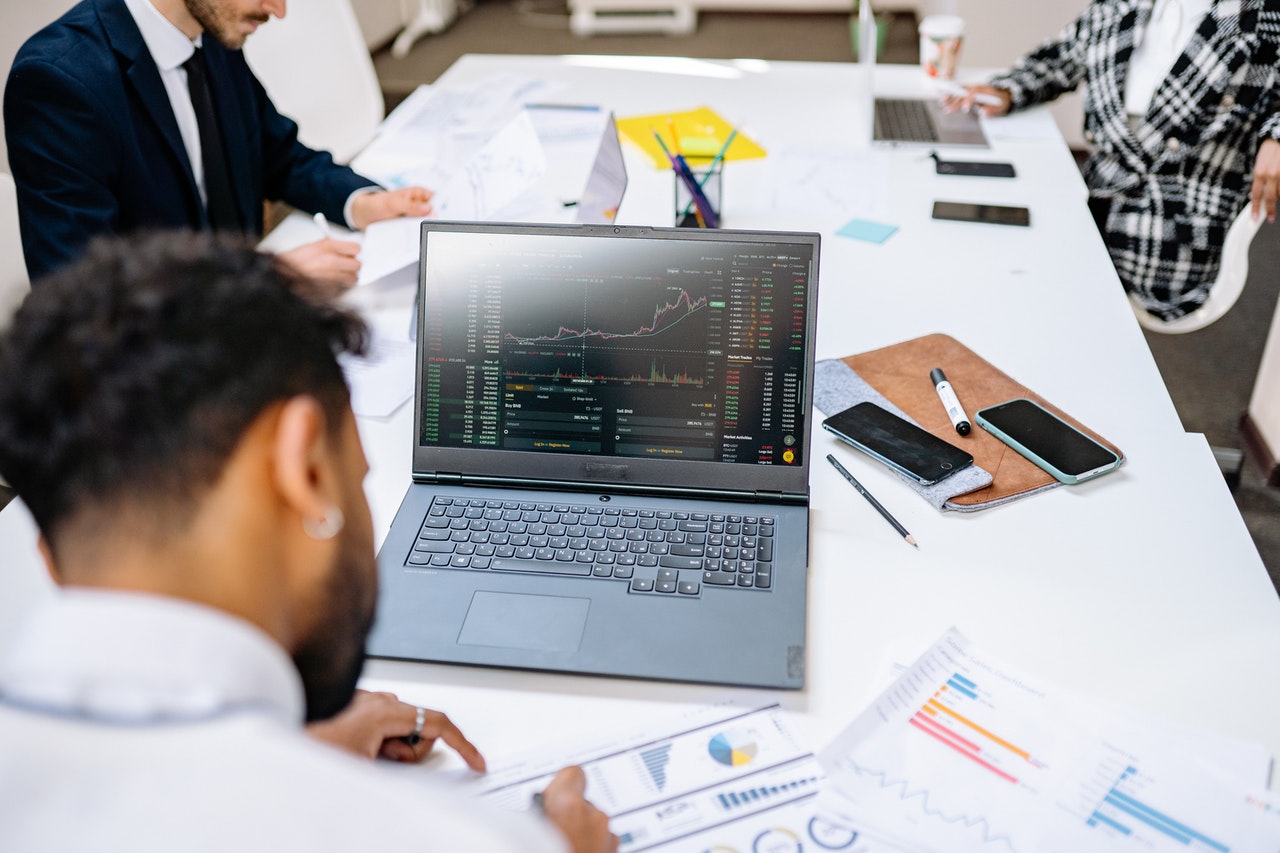 In turn, the demand for lithium-ion batteries is driven by the increasing popularity of electric vehicles. In addition, the expansion of renewable energy storage projects also contributes to the need for these batteries.

China is currently the largest producer of lithium-ion batteries, accounting for more than 50% of global production. South Korea and Japan follow.

Most lithium-ion battery production takes place in Asia, with China alone accounting for more than 80% of the global output. This is because Asia is home to many of the world’s largest electric vehicles and mobile device manufacturers.

Regarding lithium-ion raw materials, most of the world’s lithium is produced in Bolivia, Chile and Argentina. Australia had some of the largest reserves of lithium, accounting for about 35% of the world’s total by 2019, however, their production has been overtaken by other countries.

Lithium prices have been rising in recent years due to increased demand for lithium-ion batteries.

In conclusion, recycling batteries helps to conserve natural resources, reduces environmental pollution, and creates jobs in developing nations. As the demand for cleaner energy rises and the need to store it, recycling becomes critical.

It’s one of the few ways to keep carbon in the ground while sustaining livelihoods and protecting the environment.