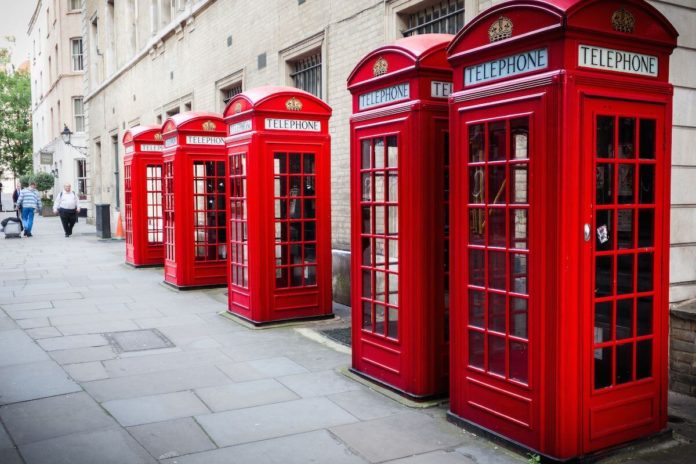 Ask yourself: When was the last time you used a phone box to make a call?

Yeah, it’s been a while for me too.

Still, I bet if you’ve ever visited London (or are planning to) that you still wouldn’t be able to help but swoon over the majestic symbol of the red phone booth anyways! Even though we can’t help but admit that they’re becoming more and more outdated, and taking up valuable real estate in an already overcrowded city.

But, what else can you do? There’s no way we could ever completely get rid of them!

This is the perfect opportunity for innovation. Tradition and environmentally consciousness have come together to make something better out of the world.

The British capital has introduced the new phone boxes as charging points for mobile devices (a saviour for all the tourists wandering around the busy city running low on battery).

Currently, it’s only a single phone booth that’s undergone the makeover, markedly: The red has been painted over in green and outfitted with roof-mounted solar panels.

Inside the phonebooth kiosk, the old payphone hardware has been stripped out and replaced with charging stations for mobile devices.

The new phone booth / charging kiosk was unveiled at Tottenham Court Road earlier this week to a crowd of fans (and possibly critics).

The “SolarBoxes” are set to grow in number, with an additional 5 planned to be released by next spring. Each SolarBox is capable of boosting a device’s battery by 20% in 10 minutes and can charge anywhere up to 100 mobile devices per day.

And what’s more: The solarbox is completely free of charge.

The only catch? Users of the box are subjected to a stream of advertisements from screens that are placed within the box.

The creative duo behind the project told the BBC that the ads are focusing on “short, fun and exciting ads showing exclusive content.” Some of the companies that are already on-board with the new ad space include Uber and Tinder, while 30%of the advertising content will be reserved for “community projects.”

A graduate of the London of Economics, Craston stated to the BBC that:

“I lived next to a phone box in my second year at uni and walked past it every day. I thought, ‘There are 8,000 of these lying unused in London and we must be able to find a use for them.”

However, for those of you planning on leaving their houses low-battery for a night out: Think again. The solarboxes will be locked overnight to avoid vandalism. The boxes will receive daily upkeep, but there’s yet to confirmed whether or not there’s a time limit on how long a user can use the new boxes for.

Related:
A New Way To Study In The Sun

While many London-ers are sad to see their beloved red phone booths, whch were first introduced in the 1920s, disappear, many have also realized that a modernisation of the outdated boxes is required in order for them to stay around in some shape or form in the foreseeable future.

This isn’t the first time the phoneboxes have been repurposed, as they’ve also been turned into mini lending libraries, art spaces, a type of emergency medical supply cabinet and even a micro-pub.