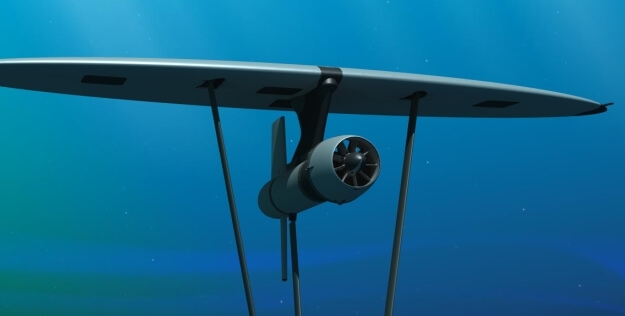 Green technology is pioneering the way we live, finding solutions that help us cut our carbon emissions, reduce our waste, and protect our planet. Forecasters predict we’ll see a green technology explosion similar to the information technology boom that dominated headlines over the last two decades. It’s impossible to predict where green technology will take us, but the following innovations hint at the way the sustainable trend could change everything.

Concrete is the third-largest source of manmade carbon dioxide on the planet, so finding a greener building solution is critical. Thankfully, British firm Novacem has created a concrete substitute which offers the same durability as traditional concrete with some serious green credentials.

Made from non-carbonate magnesium oxides and not the carbon-emitting limestone used in traditional concrete, this eco-friendly manufacturing innovation absorbs 50 kilograms of carbon dioxide for every ton Novacem creates. Compare this to the 800 kilos of carbon dioxide emitted by every ton of traditional concrete. It also gets extra green points for being recyclable.

The new sustainable material has similar production costs to traditional concrete, so it should prove a winner once it hits the market. But sadly, Novacem has faced financial challenges getting its product to the masses, culminating with its insolvency in 2012. With a mystery Australian firm purchasing the technology though, the future for this innovative concrete looks bright. 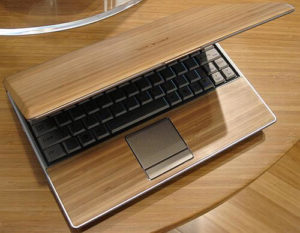 E-waste might account for just two percent of America’s trash, but it represents 70 percent of all toxic waste. Laptops, desktop computers, and other electronics contain high amounts of lead and other chemicals which release toxins into the air. These can damage the body’s nervous systems, kidneys, and blood.

Most of us wouldn’t even think of giving up our gadgets, so it’s exciting to see firms like ASUS creating greener products. It turned heads with its new U-series bamboo laptops at the 2013 CeBIT expo. ASUS has crafted the laptops’ frames and trackpads from natural bamboo, the fastest growing plant on the planet. Bamboo is also biodegradable, so these components will break down at the end of each computer’s life.

ASUS hasn’t forgotten about the features that please tech-heads though. These green laptops are powered by Intel’s Core i3, i5, and i7 processors, so users can enjoy fast performance whether they’re creating spreadsheets or surfing the web. Expect to see them in stores in August 2013.

Swedish firm Minesto has created underwater kites which it believes can turn the power of the tides into green electricity. The kites, which are fixed to the ocean floor, fly through the tidal stream. Water flows through a turbine attached to the back of each kite to generate renewable electricity.

In June 2013, Minesto developed a simulator to mimic the movements of its underwater kites. This tool will help the firm predict and optimize power production. It’s a vital step towards Minesto’s goal of generating enough green energy to power small cities.

With eco-friendly inventions like these on the horizon, the future of green technology and the planet is looking bright.