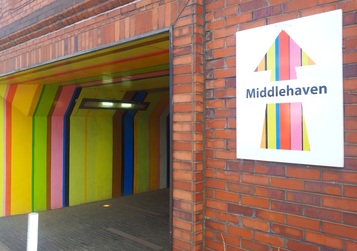 In November 2011 Middlesbrough Council became the first council in the North of England – and only the second in the country and across the world – to receive accreditation as a One Planet Region. The award is courtesy of BioRegional, a leading international charity focusing on environmental sustainability.

One Planet Living works to make the world a healthier and more eco-friendly place to live by working to combat climate change and create a more sustainable planet. Councils are required to adopt the enterprise’s ten sustainability principles into the way they plan and deliver their services before accreditation can be achieved.

The first principle is a zero carbon goal, making buildings more energy efficient and delivering all energy with renewable technologies. The Street Lighting Team at Middlesbrough Council has been fundamental in the adaptation to LED lighting technology. By investing in LED lighting, the Council has been able to implement several schemes to reduce the cost of energy consumption and maintenance across the city.

In late 2011 Rob Warner of Middlesbrough Council commissioned LED lighting designer, William Robson of Carbon Reduction Technology to design an LED lighting solution to be retrofitted into the Middlehaven subway system. The specification was to create a more energy and carbon efficient light which cast brighter and more uniform illumination.

“There was plenty of scope to reduce carbon emissions and create a more efficient lighting system with the Middlesbrough pedestrian subways,” commented Robson, “the lighting team at Middlesbrough have been extremely visionary with their eco lighting strategies.” Carbon Reduction Technology constructed a 24 watt LED module to replace the original 70 watt fluorescent fittings. Fourteen pedestrian subway units were then retrofitted at the Middlehaven site to trial the technology.

Following the successful trial of the new subway lighting system, Middlesbrough Council commissioned and received a further 180 units to be retrofitted into 13 more subways. Around a third of the new units have now been installed and the installation is due for completion by the end of September.

Through installing Carbon Reduction Technology lighting into their subways, it is estimated that, each year, Middlesbrough Council will save 57,000 kilowatt hours in energy and reduce their carbon footprint by over 30 tonnes.