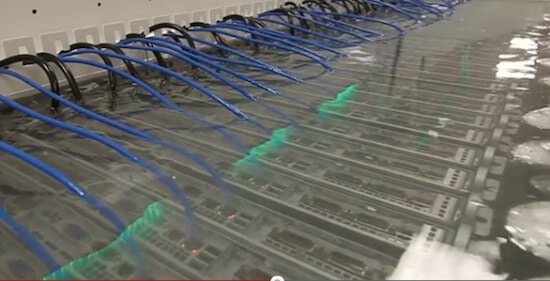 With all of the information that is being sent back and forth in our world, you can imagine how much heat data servers are emitting each day. But there’s an innovative idea that’s turning heads in the data services industry.

There are reports that Intel has given the thumbs up on the idea of cooling servers by dunking them in mineral oil. This comes after a one year trial of a system from Green Revolution Cooling (GRC). GRC is a Texas-based company that is continuously looking for ways to cool data centres.

The GRC system was reportedly tested by giant chip maker, CarnotJet. The company immersed the servers in mineral oil, which is designed to remove heat from server electronics more efficiently than traditional air-cooling. GRC claims its system can reduce the energy used to cool a data centre by as much as 95 percent, which can halve the total energy consumed in some cases.

Mineral oil is a liquid by-product of the distillation of petroleum to produce gasoline and other petroleum-based products from crude oil.

It is a well known fact that cooling costs are the bane of the industry. These costs are grossly expensive, which is why liquid cooling has been touted as a good way to reduce them.

Tech Week Europe (TWE) notes that back in 2009, IBM predicted that all servers would be water cooled by 2012 because liquids remove heat more efficiently. And these liquids can also be used for other purposes: the hot water used to cool an IBM supercomputer at The Swiss Federal Institute of Technology in Zurich is used to warm nearby buildings.

But companies like GRC tend to prefer oil rather than water. That’s because oil has better thermal properties.

TWE goes on to note that UK firm Iceotope also uses liquid coolant, but employs special redesigned blades, through which a non-oil coolant (3M’s Novec) flows. The Iceotope system uses normal vertical racks, but adds a separate coolant circulation system. Icetope points out that is doesn’t need pumping though because it uses convection to move the fluid.

There are reports that the industry is approving the use of mineral oil to cool its servers. Some experts are also acknowledging that it does appear to do the job of reducing energy waste by removing heat from the machines.

Despite the positive results and reaction, TWE reports that Intel has not officially committed to adopting GRC technology in its data centres. The company is still in the evaluation phase, seeing how housing the systems in the coolant impacts performance and other metrics. 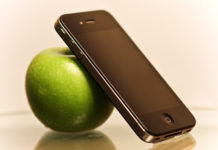 Apple NC Data Centers to be Powered by Renewable Energy

Apple NC Data Centers to be Powered by Renewable Energy