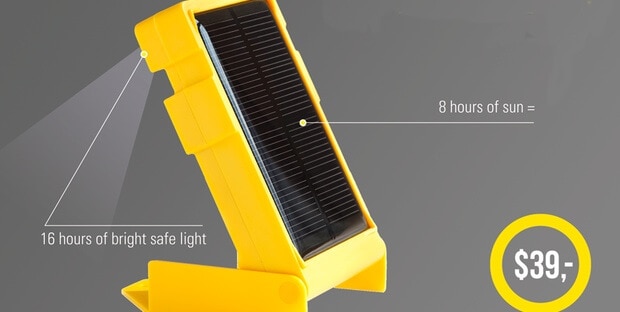 It’s not uncommon to find yourself with a drained mobile phone battery. And if your life and occupation rely on being connected through your phone, it can be more than an inconvenience when you’re away from a power outlet. Luckily, the continuous development of solar technology allows for products like the Waka Waka solar powered lamp / mobile phone charger to help those who are on the go and need a boost to their mobile phone battery.

The handheld device is discrete: a solar panel on one side, and a foldable stand, power button and LED lights on the other. It can easily be carried in a pocket without a hassle, and if you didn’t know any better you might confuse it for a phone itself. It has a stylish and compact design that makes it easy to bring along when you’re on ventures that leave you away from power outlets.

The charger is able to store enough power to boost your phone from 0-100% in the same amount of time as if you had plugged it into the wall. And if you’re outside, it continues to generate or store power even when it’s in use.

Other than the ability to charge mobile devices via USB, the charger also has a flashlight functionality that, when set on its lowest brightness setting, will work for over 200 hours.

If you’re in a scenario where you’re disconnected from traditional sources of electricity, the Waka Waka solar charger is a key device to have with you. It not only ensures your phone will have enough power to make calls, but it also provides light via its flashlight functionality.

However, when I tested the device I wasn’t in that type of situation – I wasn’t camping, on a boat or anywhere remote enough to warrant using it as a backup safety device. Yet its function in an everyday setting made me realize it’s even more useful than expected.

I started using the Waka Waka charger when my battery was almost drained, but I was indoors and not conveniently near an outlet. This situation revealed to me how useful the solar powered mobile charger is, even in scenarios where you don’t absolutely need it.

The solar panel had been in the sun all day and the device had a full charge, so I plugged my phone in and carried the charger with me as I was using my phone. It started charging immediately as if it were plugged into the wall, yet I had complete mobility.

Added bonus: you can hold down the power button for 2 seconds and the lights emit morse code signal for S.O.S.

The only con is the time it takes for the solar panel to generate energy – but that has nothing to do with the device, it’s rather a comment on the state of current solar technology. It takes about 8 hours in the sun to fill the battery, which can be difficult to achieve on an overcast day. But a full charge isn’t required in order to use it either as a charger or a flashlight, so it’s actually rather unimportant. 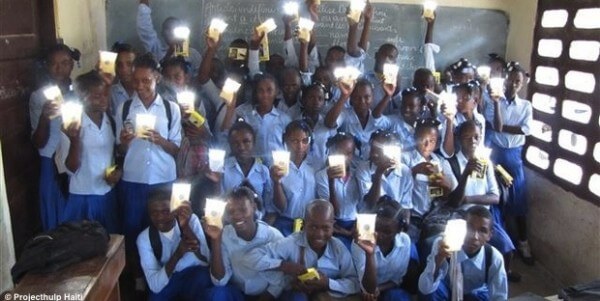 The Waka Waka solar charger is an ideal companion for those who find themselves away from traditional power sources for extended periods of time. But also, as I learned myself, it’s a great device for those who are seeking mobility and charging on the go. Even if you’re indoors, the Waka Waka charger acts as a backup battery to boost your phone’s battery life.

Beyond personal use, the charger provides an incredible value to areas of the world where standard electricity is hard to come by. As rural areas develop, and its residents begin adopting mobile phones and tablets, devices like the Waka Waka solar charger will play a key role in ensuring people have power for their tech regardless of where they are in the world, or their situation. 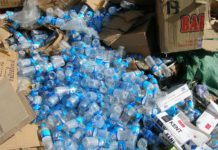 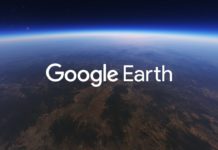 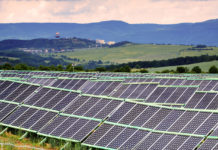 This Artificial Vision Can Calibrate an Entire Solar Field in a...