Some sweet engineers at Virginia Tech have developed a high-energy battery that runs on all natural sugar, and it could be sweetly powering your smartphone in three years.

Using sugar to power a battery isn’t new. Known as a “bio-battery” because it uses biological organic compounds, such as the glucose in sugar, has been something scientists and engineers have been toying with for years.

The process uses enzymes to break down the organic compound – the sugar – that creates electrons and protons. It’s a similar process to how plants and many animals generate energy.

Zhang has a history of mixing enzymes to create alternative fuel sources. He has published numerous papers on extracting various elements, including hydrogen.

Essentially, he’s been researching hydrogen fuel cells which could power cars. His sugar battery was a natural extension of this research, which releases electrons stored in the sugar slowly, using an enzyme cascade to extend the fuel cell’s power.

Zhang says sugar is a perfect energy store in nature, so it makes sense to use it for our mobile devices.

The reason we haven’t turned our sweet tooth into instant power sources for our tech is that bio-batteries haven’t been that great at storing energy.

Typically, they lose their charge within a few hours, which in today’s high-tech world just wouldn’t cut it.

However, according to Zhang, his new battery has an energy density higher than previous ones tested, so it can run longer before being refilled.

Related:   The Battery in the Boeing 787 is not the Same as the One in Your EV

Yes, refilled, with all natural sugar. This essentially makes the sugar battery a rechargeable one, making it twice as sweet. Though this is one battery you wouldn’t plug-in to charge. Instead you would refill it with a sugar mixture, sort of like refilling the ink in a printer cartridge.

Zhang’s research says in as little as three years, his sugar battery could be powering our smartphones, tablets, and other mobile devices.

That’s great news, not just for anyone that loves sweets, but for our environment too.

Billions of toxic batteries leak their chemical components into our landfill every year, because we simply toss them in the trash. Some estimates claim over 10 billion disposable batteries are thrown out every year across the globe.

Many of these disposable batteries contain lead, mercury, silver, cadmium, lithium and other heavy metals, which we consume through absorption into the water table. These make great components to power our tech, but are toxic when they get inside of us.

Lead poisoning can cause learning difficulties and developmental disorders in children, low sperm counts in men, and miscarriages and premature births for women. Mercury and the other toxins all have equally nasty affects on us, some of which can be fatal in the long term.

Even rechargeable batteries aren’t much greener. Although they can be recharged numerous times before having to be replaced, they often end up in our garbage dumps too, releasing their toxic brines into our water table, and ultimately into us.

Unlike current chemical batteries, which can catch fire or even explode, sugar batteries are non-toxic, non-flammable and they aren’t explosive.

It’s only sugar, so there aren’t any chemicals to ignite, or explode. Those heavy metals used in today’s chemical batteries powering your current mobile devices are not needed in the sugar battery.

So a sugar-powered battery tossed in the garbage won’t come back to bite us, it just may re-invigorate our sweet tooth, as sugar may power your next gadget. 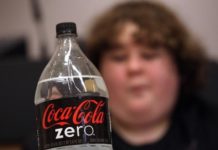 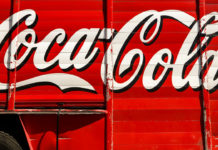 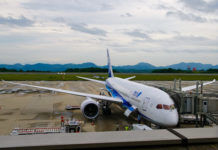 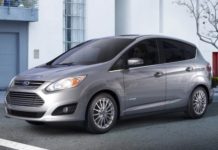 Ford Developing Tests, Components for the Next Generation of Vehicle Batteries

Ford Developing Tests, Components for the Next Generation of Vehicle Batteries