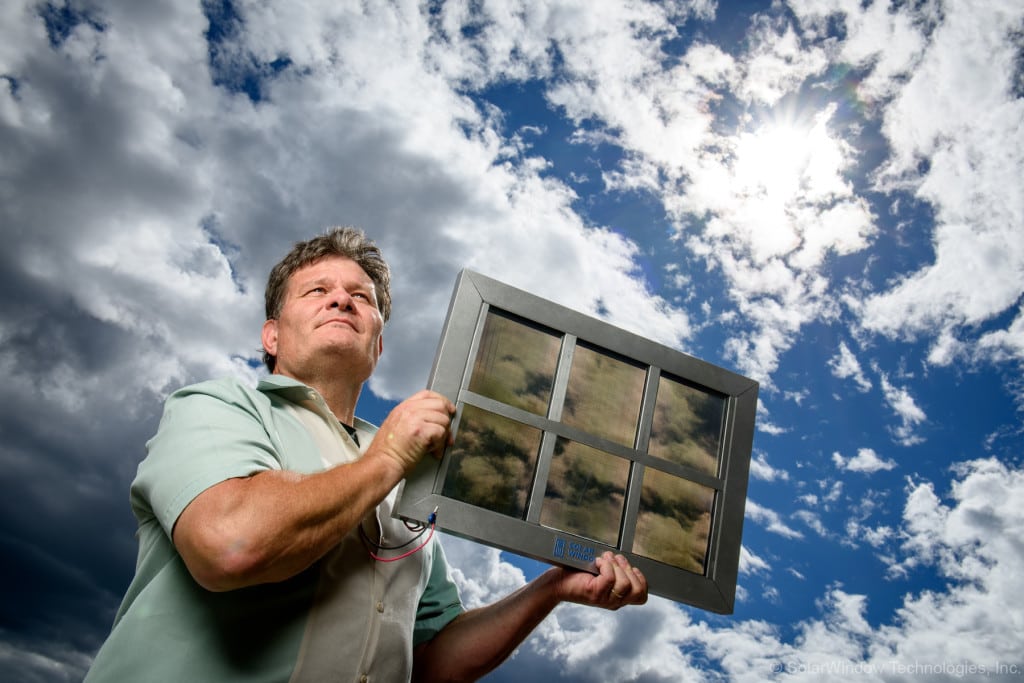 It looks like solar power won’t just be for the homeowner anymore but also for condo residents and office workers.

A company in Maryland called SolarWindow Technologies boasts a new line of product that allows them to apply solar glass on large scale condo developments. The electricity-generating windows can be installed on windows of existing buildings turning them into power generators.

SolarWindow Technologies is one of the many energy companies finding ways to collect solar power on a large scale. Their idea is to turn windows into solar panels using a thin transparent coating applied on glass and plastic windowpanes. The result is a bendable glass that’s as thin as a business card.

The same glass can be applied on flat and even curved surfaces of transport vehicles such as cars, trucks, buses, airplanes, and boats. The coating won’t generate a lot of power if placed onto just one window. The company aims higher, hoping to deploy the technology to office buildings and skyscrapers.

How SolarWindow Technologies’ product works is it harvests the electrical charge generated from the ultrasmall solar cell groups in the liquid coating. Harvesting is performed by a grid of very fine wires, thinner than a human hair, running through each pane. The wires then transmit the power to a larger output wire which is connected to an existing power system.

The company aims to deploy the technology to office buildings and skyscrapers.

The coating is applied several times onto the glass allowing for more power to be generated. Application can also be done at ambient temperature and pressure which makes large-scale manufacturing easy and keeps production costs low.

Unlike conventional solar panels which are opaque, SolarWindow’s coating is transparent allowing the building to maintain its architectural beauty.

The company’s windows have passed test conditions such as high pressure and temperatures used in the manufacturing process of commercial glass and windows. This means that SolarWindow Technologies don’t just focus on the solar aspect of their product but also the windows themselves.

Recently, SolarWindow Technologies has partnered with Triview Glass Industries in an effort to bring their products in front of more commercial developers.