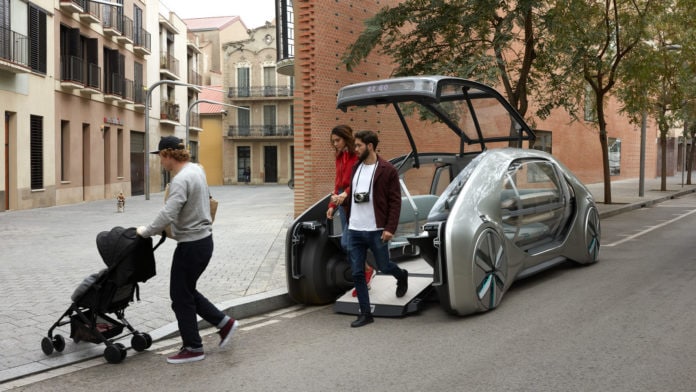 The EZ-GO, unveiled at the Geneva Motor Show, is set to be hitting the streets in 2020.

Car maker Renault said the driverless car will have a capacity for six passengers and can be hailed by an app or at dedicated stations.

The car may well appeal to tourists who can take in the cityscape and attractions as part of a city tour as it will be fitted with a panorama roof and large windows.

The EZ-GO has been created as a ride-share or for individual use and will have a top speed of 30mph.

It will be able to navigate traffic, change lanes and move to safe positions if the system detects any issues.

The car has a futuristic cocoon with large windows on the sides, front, back, and on the roof, with an open seating area arranged in a U-shape.

Renault said the car would also feature a ramp for easy access for wheelchairs and strollers.

The autonomous car will be seen as transit or ride-sharing vehicle and will be an alternative to Uber. 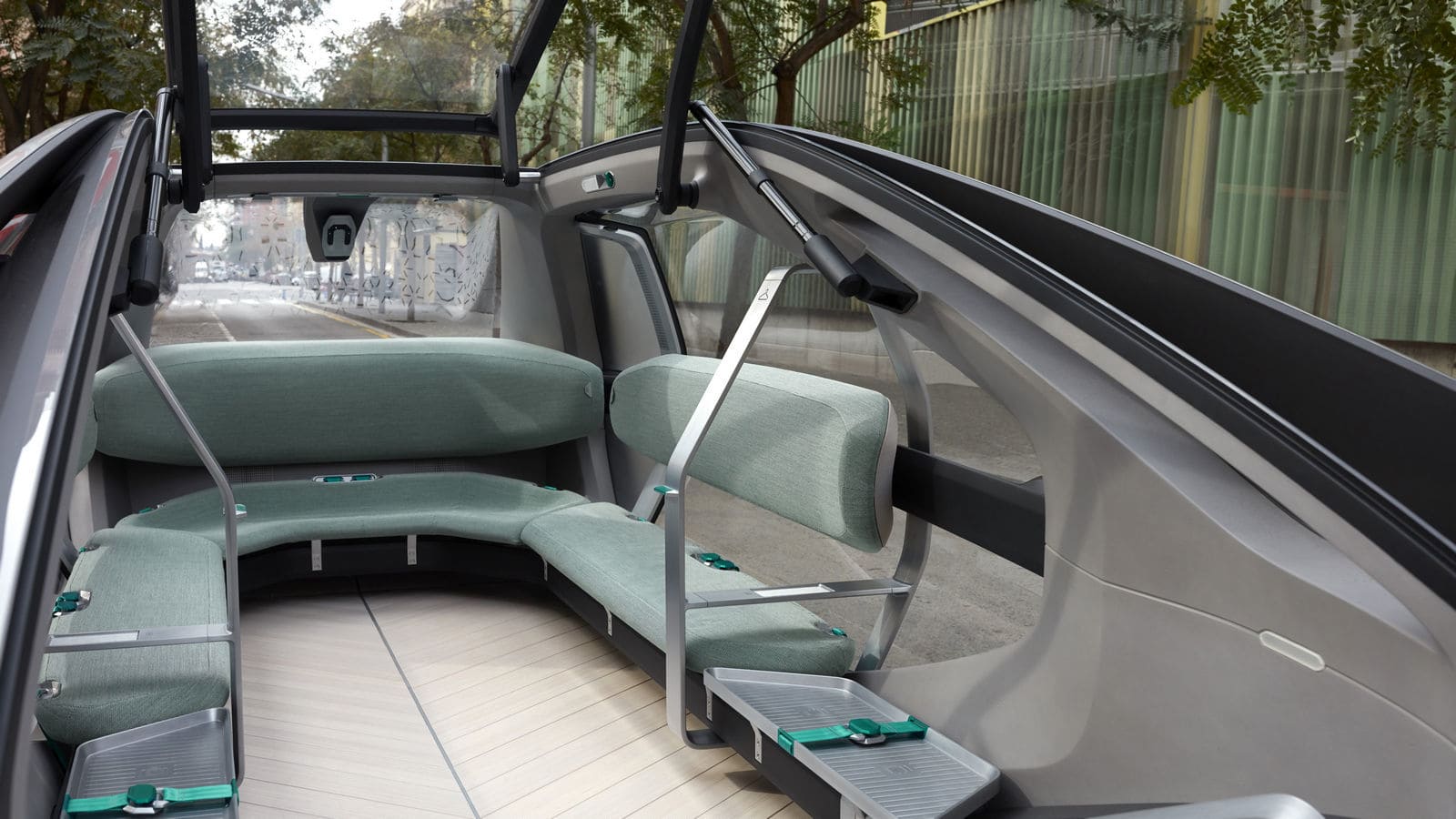 The EZ-GO’s self-driving sensors are located in an antenna on the rear spoiler. Renault says it has Level 4, rather than Level 5 self-driving, largely because it’s a concept car that will only ever operate on a closed circuit.

Further technological advances will allow humans to monitor the vehicle, and safety is enhanced by the front entry door that keeps passengers away from the flow of traffic.

Renault’s manager of concept cars, Stéphane Janin, said it would be ideal as a sharing car.