In a recent interview on Fox, Republican Presidential Candidate Newt Gingrich had to backpedal on his stance on climate change – a topic which was spurred by his appearance in a commercial with then-Democratic House Leader Nancy Pelosi urging Americans to take action against climate change. The commercial, which you can watch below, was part of the campaign for WeCanSolveIt.org (now The Climate Reality Project)

Now, watch the video clip of his back-pedalling below, followed up by his interesting clarification on his current stance on environmental issues and whether climate change is in fact real:

On the topic of his environmental policy, in the interview Gingrich says:

I actually don’t know whether global warming is occurring. The vast majority of the National Academy of Sciences says that it is, a minority says it is not, science has not actually voted on it. Science is a function of truth.

What I do know is that if you look at exactly what was said in that ad, finding innovative new ways of getting cleaner energy, ought to be something most Americans feel pretty comfortable with.

What do you think about Newt Gingrich’s environmental policy? 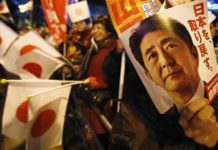 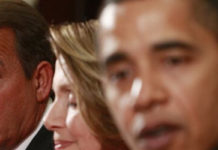 Election 2010: What Does the Republican Win Mean for the Environment?

Election 2010: What Does the Republican Win Mean for the Environment?