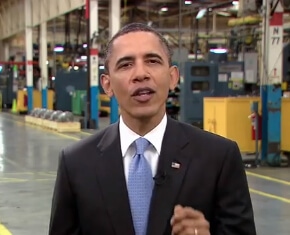 This morning in his weekly address, President Obama announced a stronger push towards clean energy in order to reduce the United States’ dependence on foreign oil, and to allow Americans to “out-innovate and out-compete the rest of the world.”

The President had this to say:

“The clean energy jobs at this plant are the jobs of the future – jobs that pay well right here in America. And in the years ahead, it’s clean energy companies like this one that will keep our economy growing, create new jobs, and make sure America remains the most prosperous nation in the world.”

Reducing our dependence on foreign oil

In addition to investing in clean energy, the President stressed the importance of reducing the United States’ dependence on foreign oil, and focus more on innovations that can put US businesses ahead of the rest of the world.

Until we reduce our dependence on oil, we will be held hostage to the ups and downs of the oil markets. That means we need to continue to invest in clean, alternative sources of energy – like advanced biofuels and natural gas – and more efficient cars, buses and trucks.

Although the President has always been a supporter of clean energy technology, it is great to hear him bring it to the forefront of peoples’ attention during a week when he could have easily generated attention for something else.

Related:   Minimal Interest In Cap & Trade In US

Watch the full Presidential weekly address in the video below:

Infographic on US Gas Prices 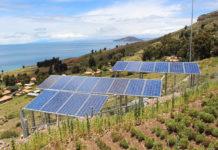