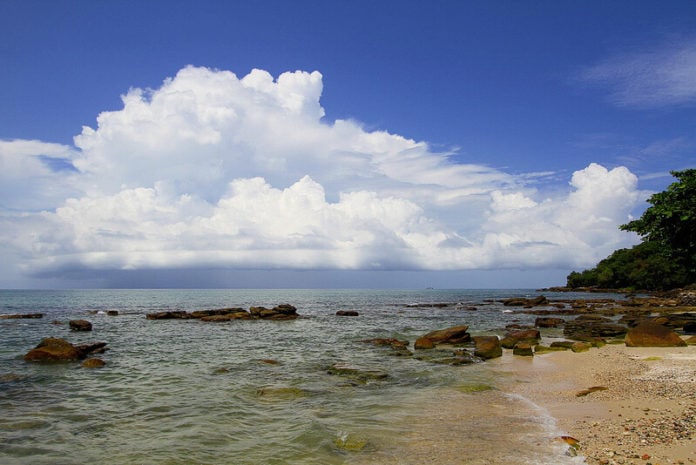 The Navy’s proposed changes to its Northwest Training Range Complex (NWTRC)—such as increased use of mid and high-frequency sonar, and explosives—could threaten protected marine species, according to environmental groups such as the Natural Resources Defense Council (NRDC). The Navy’s NWTRC encompasses waters off the northwest coast of the United States, home to endangered species like the Southern Resident Killer Whale and the Blue Whale. By the Navy’s own admission, increased use of sonar may negatively affect animals from 7 protected marine species that inhabit the training area.

Even the Olympic Coast National Marine Sanctuary (OCNMS) will not be off-limits. The Navy’s map of the NWTRC clearly shows it encompassing most of the OCNMS. Twenty-nine whale species including the Southern Resident Killer Whale often inhabit this area, says the NRDC—and with only 83 individuals left, the loss of a single whale could be detrimental to this species. If other species lose their protected waters, their numbers could plummet as well. The Olympic Coast National Marine Sanctuary Advisory Council (OCNMSAC) has raised concerns about this issue, urging the Navy to consider using alternative sites.

The Navy’s training range also lies on the gray whales’ migration route, where mothers lead their calves home to northern waters in the spring, raising serious concerns about the whales’ wellbeing. The use of mid- and high-frequency active sonar can lead to serious and permanent injury in marine mammals – including eardrum trauma and death.Sonar can also interfere with biologically important behaviors, such as breeding, feeding, avoiding predators, and navigating. Sonar can disrupt the migration routes of whales and other cetaceans, sometimes causing them to become beached, according to the Advisory Committee on Acoustic Impacts on Marine Mammals’ 2006 report.

Chris Parsons, a marine biologist at George Mason University and member of the International Whaling Commission, has extensively researched the effects of sonar on whales, and has found that mass whale strandings often parallel military exercises. Parsons and his coauthors of“Navy Sonar and Cetaceans: Just How Much Does the Gun Need to Smoke Before We Act” state, “The greatest user of military sonars in the world, the U.S. Navy, appears to be in denial about the situation and dismissive of the concerns of other nations.” The U.S. government has even amended the Marine Mammal Protection Act to allow for increased naval activities at the expense of cetaceans and other marine life, add Parsons et al. Current efforts to protect whales and other marine life from sonar are highly inadequate, they assert—rather than increasing harmful practices, the government should be working to minimize their effects on marine life.

Taryn Kiekow, staff attorney for the NRDC, says that protecting important habitat, including whale migration routes, is one of the NRDC’s primary concerns about the Navy’s proposal. “We’re asking the Navy to set aside important areas like the Olympic Coast National Marine Sanctuary. We’d also like the Navy to take a look at the time of year when gray whales are migrating, and either (a) not use sonar there during the peak migration, or (b) use sonar somewhere else during that time,” she states.

Other concerns include plummeting numbers of fish species, which some whales depend on for survival, and environmental pollution due to explosive residue. Citizens have raised concerns about the economic effects on the fishing industry, according to the Navy’s proposal.

In collaboration with the Natural Resources Defense Council (NRDC), many organizations such as the International Fund for Animal Welfare, the International Ocean Noise Coalition, and the Ocean Mammal Institute are pressuring the Navy to revise its proposal—and asking NMFS to impose significant mitigation measures. The Navy could, for instance, train outside of the OCNMS or in other areas that are less biologically important to marine mammals, says Kiekow. While the Navy’s training plays an important role in our national security, these groups assert, national security and environmental compliance are not mutually exclusive.

Currently the Navy is awaiting approval from the National Oceanic and Atmospheric Administration’s National Marine Fisheries Service (NMFS), and the NRDC expects the ruling within roughly a week. In the past, the NRDC has successfully challenged the Navy’s training methods. In December 2008, the U.S. District Court for the Central District of California described the Navy’s mitigation measures as “grossly inadequate to protect marine mammals from debilitating levels of sonar exposure,” requiring the Navy to comply with existing environmental regulations such as those imposed by the Endangered Species Act and the National Marine Sanctuaries Act. The public comment period on the Navy’s Final Environmental Impact Statement will extend until October 12 and NMFS will issue a final rule authorizing the Navy to “take” (kill) marine mammals incidental to its training soon thereafter. But before NMFS makes its ruling, environmental groups are encouraging citizens to ask their senators and members of Congress to urge the NOAA Administrator, Dr. Jane Lubchenco, to exclude the Olympic Coast National Marine Sanctuary from naval training in order to protect the vital habitat of many endangered species.