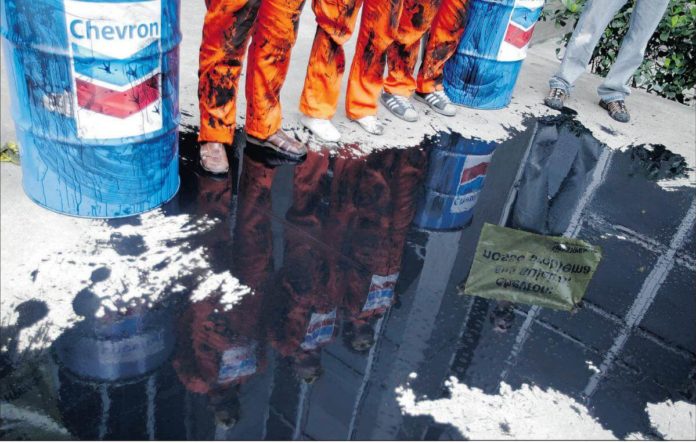 A huge oil spill is never good news for anyone. The environment suffers, the people living closest to the spill suffer, and the business that loses all that oil suffers.  In this case, it was Chevron that leaked many tons of oil off of the coast of Ecuador.  As much as it comes as a blow to the company’s finances to lose all of that oil, they also need to clean up their mess.

For the past 18 years there has been a very involved litigation process which has come up with a final expense to Chevron of $18 billion USD.  Letters released on Feb 13 show that Chevron may not plan to submit to paying the $18 billion so easily.  It turns out that Chevron is working to use something called “secret investor arbitration,” which, if they were to be successful would decide on a different ruling than the litigation courts.  This is another example of a growing issue in international diplomacy of litigation vs. arbitration.

The litigation proceedings produced a document of about 220,000 pages of evidence based on more than 100 reports from experts.   The proceedings took place on two continents, in Ecuador and in the United States.  Both parties invested huge sums of money in lawyers and legal fees.  And the process should be considered finished.  So what is Chevron trying to pull?

One of the key players fighting for the interest of locals, against the petroleum mega giant, called the Andean Commission, has said that it is “alarmed” by Chevrons tactics.  According to the Andean Commission a change to secret investor arbitration would endanger the rights of locals who were negatively influenced by the oil spill.  Many of the locals that were influenced are still suffering from injuries that they have not been properly reimbursed for, and have not been taken care of properly due to lack of monetary funds.

Related:   Stories From the Gulf, presented by Robert Redford and NRDC to air April 23

The potential problem caused by secret investor arbitration is because Ecuadorians would not be allowed to attend the private arbitration proceedings.  Chevron is working hard to influence the Ecuadorian government to allow this to happen.  Of course, being as Chevron is an international corporation with billions of dollars on the line they are probably using any means of influence available to them.  That means that the interests of poor, injured locals without much clout are on the line.

I don’t want to come across saying that multinationals are evil, so don’t misunderstand me please.  But the simple fact is they do have a lot more money and clout than the average local Ecuadorian.  The Andean Commission is trying to advocate against Chevron, and they seem to be a pretty intimidating opponent.

What is Being Done?

The Andean Commission recently sent a highly politically charged letter to United Nations Secretary General Ban Ki-moon according to a press release from the PR Newswire.

Time will tell whether Chevron will succeed with it’s plan to change the rules at the end of the game.

Chevron Goes Back on Biofuel Promise 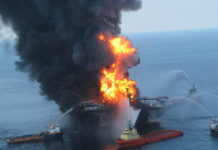