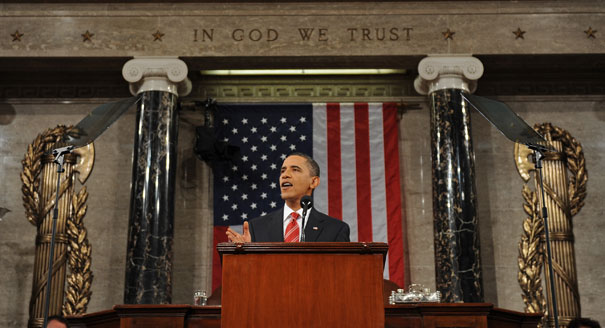 President Obama put a focus on the economical challenges the United States faces – and how he would solve them if he were to be elected for a new four-year period as the President. The unemployment rate is now at 8.5 percent. Never before has a president been re-elected with unemployment rates this high.

After he delivered his State of the Union, January 24th, it is clear that energy innovation plays a key role in solving these challenges.

While the Republicans wants to reduce government spending, Obama puts emphasis on increasing investments, particularly in energy, contributing to fighting global warming – and ensuring the future for those who still are young.

He points out that if we continue to put these things on hold, the economy and future generations will suffer.

Emphasis is also put on domestic oil and gas production. In fact, the U.S. relied less on foreign oil last year in any of the past 16 years. Obama declares that he will open over 75% of the oil and gas resources – further strengthening this industry.

Experts believe that the increased development of America’s gas reserves can support up to 600.000 new jobs within the decade.

“Nowhere is the promise of innovation greater than in American-made energy.”

The U.S. is losing the green race

In 2008, the U.S. was surpassed by both China and Germany when it comes to clean energy investments. It has been clear for a long time, that if the U.S. not successfully adopts a new policy framework that promotes renewable and green energy investments, they will fall even further behind.

“There’s no reason why Congress shouldn’t at least set a clean energy standard that creates a market for innovation.”

He then continues on about subsidizing oil companies:

He further announces that he will push forward on clean energy without the Congress, and allows the development of clean energy that will supply three million homes with power.

Related:   Al Gore's Our Choice: Follow Up Book to An Inconvenient Truth

Another important step when improving the way we use energy and moving towards renewable and green sources is simply to waste less energy – in other words, increasing energy efficiency.

This is why Obama proposes that incentives should be offered to businesses that want to reduce energy waste in their factories and upgrade to more energy efficient solutions.

“Their energy bills will be $100 billion lower over the next decade, and America will have less pollution, more manufacturing, and more jobs for construction workers who need them. Send me a bill that creates these jobs.”

This is the third year in a row, that energy has been a key topic in Obama’s State of the Union. Time will tell if increasing investments in renewable energy, domestic oil and gas actually pans out.

Obama’s energy statements have lead to quite a discussion, especially among the republicans. Phil Gingrey, congressional representative of Georgia, stated following after Obama’s speech: