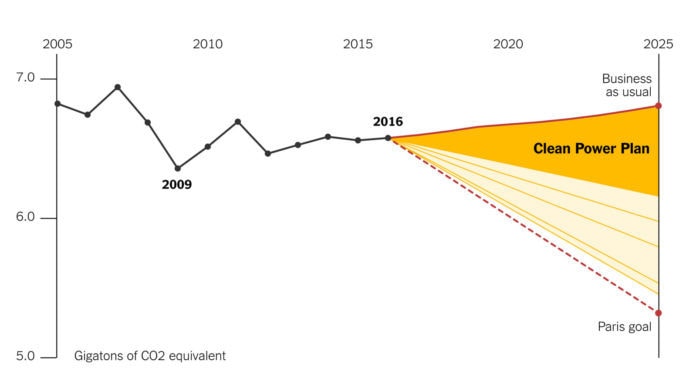 The New York Times has a detailed look at what Trump’s rollback of U.S. climate policies means, with infographics showing the course we were on vs where we are now set to go.

If implemented to its fullest extent, the plan would have reduced carbon emissions by nearly 650 megatons by 2025 – just under halfway to the Paris pledge, according to an analysis by Climate Interactive.

Read the full article at the NY Times: Trump’s Executive Order Pushes the U.S. Climate Pledge Further Out of Reach