Daniel Turp, law professor and former Bloc Quebecois MP, along with Julius Grey, a Montreal based lawyer, are suing the Federal Government on its decision to withdraw from the Kyoto Protocol Treaty that was given Royal Assent in 2007. Both men are suing the government because having withdrawn from Kyoto “contravenes the principles of democracy, the rule of law and the separation of the executive power of the state from its legislative power.”

Turp and Grey are requesting the Federal Court of Canada to invalidate the decision while remaining hopeful that the Federal Government will do the right thing and back track on its decision to unilaterally withdraw from Kyoto, something in which the two stated should have been jointly decided on by being put to a vote in the House of Commons, as well as potentially consulted on with all Canadians.

Not everyone either supports or opposes Kyoto; to that extent it would have been more prudent for the Federal Government and Parliament to have the foresight about the consequences of both staying in, as well as withdrawing, whereby a potential referendum should have been administered to Canadians at the approval of the House of Commons well in advance of the time to renew our agreement under the accord.

If the majority of Canadians decided to withdraw from Kyoto, the current black eye we have been given would be on the majority of us and not on the Federal Government, who felt withdrawing was in our best interest and who had done so at the expense of our voice, something which does not at all represent the democratic process as Turp and Grey are arguing.

Related:   Kyoto too ambitious for Canada to keep

Unfortunately, it is doubtful that Prime Minister Harper and the rest of the Federal Government will back-track on their decision, given the government’s decision to aggressively pursue energy policies which would have greatly penalized us for doing so under Kyoto.

Canada is the only country to have withdrawn from the treaty. 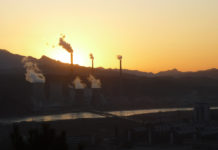 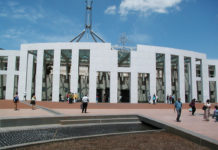 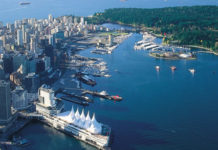 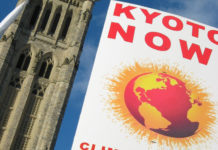 Kyoto too ambitious for Canada to keep

Kyoto too ambitious for Canada to keep