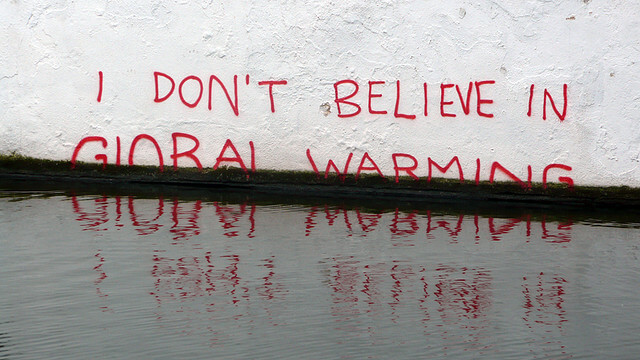 Norway’s government has announced that it’s stepping up its efforts to fight global warming. In recent years, the country has led developed nations by investing billions of dollars to slow tropical deforestation.

This week, Reuters reports that the nation’s Prime Minister Jens Stoltenberg said his government will be going further by providing a kind of “first aid” for climate change.

“The government will step up its efforts to slow deforestation and work to cut emissions that give the greatest climate effect in the shortest time,” he said.

Stoltenberg did not, however, announce fresh investments or targets.

Deforestation usually happens when industries clear large tracts of land for farms. According to Reuters, deforestation accounts for about 17 percent of greenhouse gas emissions from human sources. Forests, from the Congo to the Amazon, soak up carbon dioxide from the air as they grow and release it when they rot or burn.

Norway has been the most generous nation when it comes to giving aid to slow tropical deforestation. Reuters says investments have totaled $500 million in recent years, funded from Norway’s own fossil fuel revenues.

The country reportedly has $1 billion programs in both Brazil and Indonesia — and smaller projects in nations including Guyana and Tanzania.

Apart from anti-deforestation measures, Stoltenberg announced that other fast-acting measures would be put in place as “first aid”. Reuters says these initiatives include cuts in industrial emissions of soot and methane, a powerful greenhouse gas, and reductions in subsidies for the use of fossil fuels.

Oil Change International is an environmental group campaigning for a shift towards cleaner energies such as solar or wind power. Reuters says the group estimates that worldwide fossil fuel subsidies will reach $775 billion in 2012.