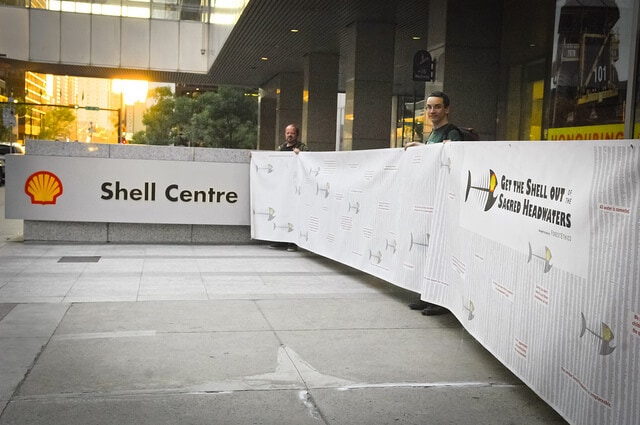 After a lengthy campaign spanning 8 long and tiring years, the Tahltan First Nation and their fellow environmental advocacy groups can finally rest in peace. On December18th, the government of British Columbia announced that gas drilling is officially banned from that area, and that Shell has consequently opted to withdraw its plans to drill for gas in the Sacred Headwaters.

To recall, the Sacred Headwaters (also called the Klappan Valley) is an area in northern British Columbia that is rich in mineral and energy deposits. Preliminary energy exploration has shown that the area is especially abundant in coal and coalbed methane, with some estimates suggesting that over 8 trillion cubic feet of methane exists within the Valley. In 2004, BC granted Shell a 4000km2 portion of land for gas drilling. The plan then was to make upwards of 4000 gas wells in order to effectively tap into the energy that lies underneath Klappan Valley.

The only problem with the suggested gas development is that it would endanger the many tribes who rely on the Sacred Headwaters for survival. The Sacred Headwaters comprises the Skeena, Nass, and Stikine Rivers, and many First Nations use these waters for food and water. Development in the Klappan Valley, even in the small pockets which are not reserved for First Nations, would change the landscape for the worse and make it even harder for the tribes to survive.

There is also an ecological element to consider as well. The Sacred Headwaters is a relatively untouched landscape, and is home to countless wild animals. Of note here are the pacific salmon that use these watersheds as breeding grounds, relying on the well-worn routes and unpolluted waters for optimal breeding conditions. The fear here is that gas drilling could very pollute the waters and in turn endanger the animals that rely on the Headwaters for survival.

With these problems in mind, the Tahltan First Nations and other neighbouring tribes, as well as a collective of environmental groups, decided to campaign for change. They gathered signatures, talked to international leaders, stood up to corporate shareholders – all to save an ecological haven in the heart of British Columbia.