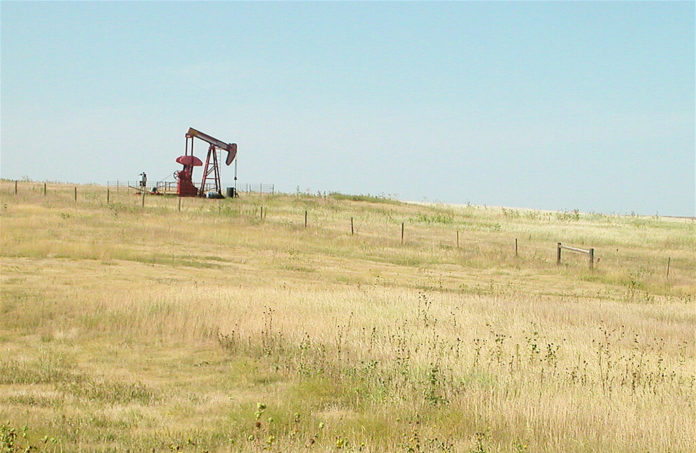 An auction was held in California this week — but the goods for sale were far from the antique keepsakes and estate heirlooms you might expect.

Rather, U.S. officials auctioned off nearly 18,000 acres of oil leases on prime public lands in Central California. These lands are home to prized vineyards, several endangered species and one of the largest deposits of shale oil in the country.

The Associated Press (AP) reports that eight different groups — including oil companies — bid for the leases involving 15 parcels of land up for auction in rural stretches of Monterey, San Benito and Fresno counties. Bureau of Land Management spokesman David Christy spoke to the news outlet. He told AP that the agency plans to announce the winners of these bids within 24 hours.

But the innovative auction is seeing its share of controversy. Environmental groups apparently see the auction as a sign that California is next in line for an oil and gas boom. They reportedly held a protest outside the auction in Sacramento, with some activists decked out in hazmat suits.

AP reports that Democratic Rep. Sam Farr had asked the agency to put the auction on hold over concerns that the bureau wasn’t doing enough to monitor the potential impacts of hydraulic fracturing, also known as fracking.

The news agency goes on to report that winning bidders would have to be granted an additional permit from the bureau in order to start drilling using traditional technologies or fracking. Fracking is a relatively newer technique of extracting hard-to-reach gas and oil by pummeling rocks deep underground with high-pressure water, sand and chemicals.

Related:
Shade Trees to Provide Energy Savings for Nearby Buildings

“Fracking is not something that we have yet accepted as a proven technology,” Farr told AP. “The oil lies deep and the water is shallow and in the Salinas Valley, healthy water is more important than oil. It’s our economic base for agriculture.”

But California’s Monterey Shale formation is proving to be a valuable and lucrative resource. AP reports that the U.S. Energy Information Administration estimated last year that this particular formation contains more than 15 billion barrels of “technically recoverable shale oil”. The news agency goes on to explain that that’s more than the amount contained in the Bakken oil fields of Montana and North Dakota, where oil-producing rock is sandwiched between layers of shale about two miles under the ground.