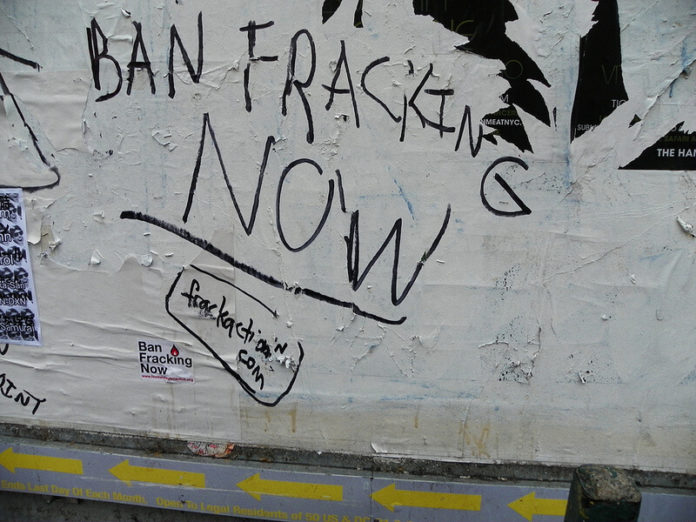 A well blowout that spewed nearly 500 barrels of oil and water onto a central Alberta field last January was caused by a company fracking a well too close to an adjacent one.

The Associated Press (AP) reports that the announcement came from the Energy Resources Conservation Board, and that no penalties will be enforced because the blowout didn’t contravene any regulations.

The board has reportedly drafted new rules to cover such situations. AP states that the proposed regulations are now being reviewed.

Back on January 13th, Midway Energy began pumping high-press fluids underground near Innisfail, Alberta. It was in an attempt to release oil deposits deep in the ground. However, AP reports that the company didn’t follow its own guidelines when it started the procedure. A geyser of oil, natural gas, process water and fracking fluids from an adjacent well then mixed with that of Midway’s.
The nearby well was owned by Wild Stream Exploration. That disastrous mixture ultimately tainted the field and left a thin film on nearby trees.

The news agency reports that the board found both wells were targeting the same formation about 1,800 metres underground. Midway’s internal guidelines say its drill hole should have been at least 135 metres from any other well. At their closest point, the two well bores were 129 metres apart.