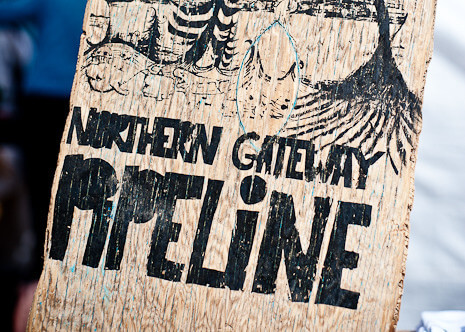 Northern Gateway is responding to a high-profile study regarding the cost of a potential oil spill off the B.C. coast.

The company says the study, by the UBC Fisheries Centre and funded by World Wildlife Fund Canada, is deeply flawed.

The study states that the financial costs of a worst-case scenario tanker spill off the north coast of British Columbia could outweigh the economic rewards of the proposed Northern Gateway pipeline for the region.

But the Associated Press (AP) reports that Enbridge, the company behind the project, says the study is
flawed because it compares certain economic benefits with spill costs that are highly improbable.

Company spokesman Todd Nogier has always maintained that Enbridge will have the most comprehensive safety and emergency response measures in place ever proposed in Canada. As a result, he says the impact of any spill would not be on the same scale as outlined in the report.

But AP quotes Darcy Dobell of the World Wildlife Fund, who says a major spill will change things on the coast forever. Dobell points out that fisheries in Alaskan waters still haven’t fully recovered from the Exxon Valdez disaster 23 years ago, and that ship was smaller than the ones proposed for the Northern Gateway project.

The Enbridge Northern Gateway project is a proposal to construct an oil pipeline running from Bruderheim, Alberta to Kitimat, British Columbia. Opposition to the project has been fierce. Critics say the pipeline would intrude on aboriginal lands and destroy fragile wildlife in the area.

Related:   Back to Deepwater Horizon

The $6-billion dollar project is currently undergoing a high-profile hearing in Edmonton.