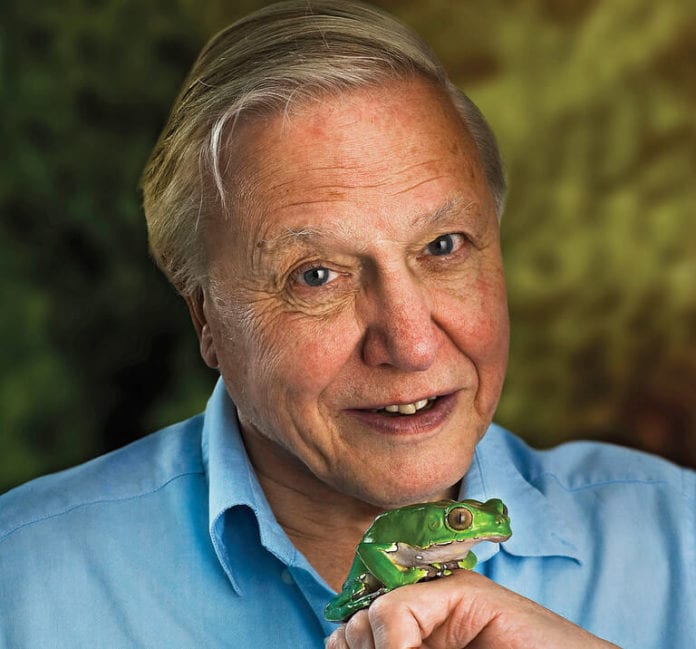 It would take a terrible example of extreme weather to wake people up to the dangers of global warming. That’s according to Sir David Attenborough, one of the world’s leading naturalists.

The Guardian newspaper reports that Attenborough has also accused U.S. politicians of ducking the climate change issue because of the economic cost of tackling it.

Attenborough told the Guardian: “[It] does worry me that most powerful nation in the world, North America, denies what the rest of us can see very clearly [on climate change]. I don’t know what you do about that. It’s easier to deny.”

He made these comments a few days following the U.S. presidential debates – when climate change failed to get a mention in the event in 24 years.

The Guardian asked the 86-year-old what was needed to wake people up. The former BBC broadcaster famous for series such as Life and Planet Earth said: “Disaster. It’s a terrible thing to say, isn’t it? Even disaster doesn’t do it. There have been disasters in North America, with hurricanes and floods, yet still people deny and say ‘oh, it has nothing to do with climate change.’ It visibly has got [something] to do with climate change.”

But some U.S. politicians found it easier to deny the science on climate change than take action, he went on to tell the Guardian. That’s because the consequence of recognizing the science on man-made climate change “means a huge section from the national budget will be spent in order to deal with it, plenty of politicians will be happy to say ‘don’t worry about that, we’re not going to increase your taxes.'”

Despite record-breaking heat in the U.S. and a drought that has devastated crops in the Midwest, the issue of climate change failed to get a mention in the country’s presidential debates.

Attenborough explained to the Guardian that he thought the U.S.’s attitude towards climate change and the environment was not just because of politics, but because of the country’s history. “[It’s] because they’re a pioneer country. There has been the wild west, the western frontier … that’s still there, you see it in the arms business, the right for everyone to bear arms. It’s part of the pioneer stuff that you’ve [Americans] grown up with.”

The solution, he told the newspaper, was to raise living standards and increase democracy in developing countries. “The only way I can think of it [tackling population] is by giving women the rights to control their own bodies and control how many children they have.