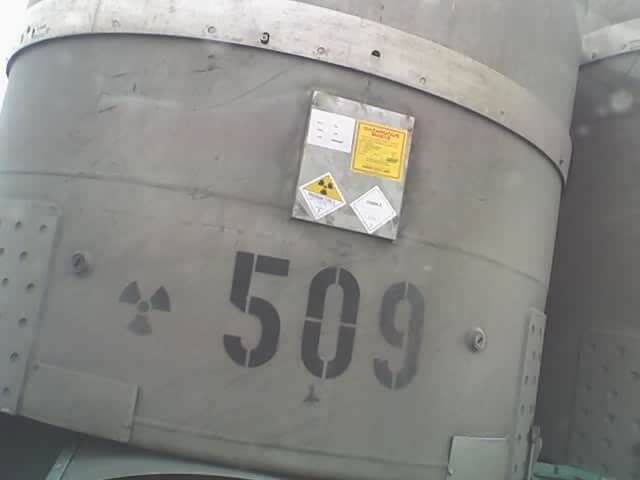 In Canada, a multi-billion dollar government project is up for grabs. With it comes the promise of long-term jobs and stable, economic gains for a million years. But the catch? The material the government wants to send your way is radioactive nuclear waste.

There are several communities willing to forego the environmental risk and potential health hazards, for the chance to secure a stable economy in their region. And Hornepayne, Ontario is just one of the 21 communities bidding for the project.

The current mayor of Hornepayne, Morley Forster, told CBC News that he is a supporter of the project because his town is “in the middle of nowhere”. The town’s isolation is a plus: “What better place to put a deep geological repository for Canada’s spent nuclear fuel?”

Hornepayne has a population of about 1,050. It is located in the far northern reaches of Ontario — 300 kilometres north of Sault Ste. Marie.

Meanwhile, former mayor Art Swanson tells CBC News that he foresees a poisoned inheritance for all who come after: “The risk of ruining that [fresh air, fresh water] to me, it’s something. The problem with this is, this is permanent.”

However, there are observers who say Forster’s support for the nuclear waste project is grounded. Hornepayne’s economy has been dwindling for years. There are reports that fewer and fewer people are living there and the town’s young residents are moving away.

“Economic opportunities that exist, usually exist in the bright lights of the big city. So they go there and don’t come back,” explains Forster to CBC News. Forster went on to explain that the chance to host Canada’s deep geological repository for nuclear waste is an opportunity that can’t be ignored.

Related:
What is the Benefit of Nuclear Energy?

The Nuclear Waste Management Organization (NWMO) is the group in charge of managing Canada’s spent nuclear fuel. So far, 21 communities have reportedly approached the agency – expressing interest in hosting an underground storage site. There is a nine-step process involved for a region to be considered. CBC News reports that Hornepayne and seven other communities are the furthest along in that process.

However, there is a debate brewing between the benefits and dangers of hosting underground storage sites.

So what are those benefits? For one, CBC News reports that the project will cost anywhere from $16 billion to $24 billion. It will take 10 years to build the repository and that will mean 800 construction jobs. Then, there will be spin-offs from that: cafes, groceries, maybe even a McDonald’s, hopes Forster.

Once the repository is in place, Forster says, there will be the people who manage and operate the facility – perhaps even PhDs.
That’s the way Forster sees things playing out. But according to CBC News, former mayor Art Swanson doesn’t buy it.

“I see that as a used car salesman trying to sell you a car and he will tell you anything,” Swanson says. “What kind of nuclear scientist is going to be in Hornepayne watching it [nuclear waste] go into the ground?”

Swanson points out to the news outlet that CN Rail runs a train through town but all their managers are in Montreal.

“This nuclear scientist isn’t going to live in Hornepayne. I can almost guarantee you. Why would he?”

Swanson reportedly has supporters for his doubts. And one of his biggest supporters is an influential one…

“What they [nuclear power generators] really want to do is bury their biggest public relations problem,” says Shawn-Patrick Stensil of Greenpeace to CBC News. Stensil says he is not convinced by the science that an underground facility will be safe for the environment and the people living near it.

“For the betterment of that community, I think it’s best that they be very skeptical. Ask hard questions. And also think of what the political motivations of the industry are in offering them these sites,” he advises.

CBC News reports that the NWMO is still long way’s off from building its nuclear waste repository. It will take another seven to 10 years to find a host community, followed by about three years of regulatory approvals. Then, there’s 10 years of construction on top of that.

The earliest that Canada’s deep geological repository can be up and running is 2035.