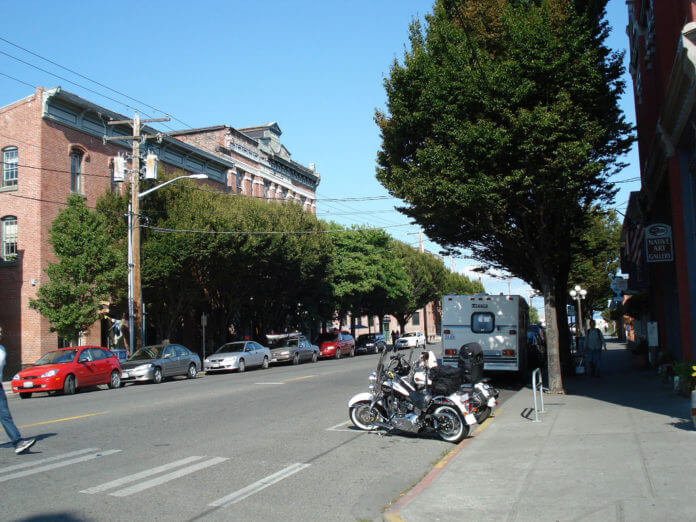 Environmental concerns don’t simply address issues of pollution (airborne, noise or visual pollution). Indeed, these are all important aspects worth addressing, especially when it comes to living in urban areas. However, recent studies undertaken in several states across the U.S. indicate that city areas with a large number of trees also boast other benefits.

A study compiled by Harvard University, titled Benefits of Urban Trees, indicates that there are a lot more benefits to planting trees in cities and other urban areas than would first meet the eye. For one thing, trees also spectacularly help reduce crime, increase safety ratings in public urban areas and also help build stronger, more united communities. The study cites research undertaken by the University of Illinois, whose results show that urban areas with trees constantly rate lower in levels of fear, incivility, violence and aggression. According to “The Power of Trees”, by Tina Prow, homes with trees planted in the yards outside tend to report fewer cases of physical violence. In facts and figures, 14 per cent of those who live in barren, non-green areas have confessed to threatening their children with a knife or a gun, compared to 3 per cent of people who live in green areas. Since fewer instances of violence and domestic abuse happen in areas with urban trees, it is safe to surmise that trees can even lower the toll taken on a given community’s social budget and decrease the number of calls for emergency help made to the police.

One example in favor of this finding is the initiative taken by the city of Chicago in 2005. City officials allotted $10 million of Chicago’s entire yearly budget for the planting of twenty thousand trees, as a direct effect of the research polls and studies cited above, undertaken by Sullivan and F.E. Kuo.

Similar studies have also been completed in Maryland, in order to prove, among other things, that the urban forest is likely to have a positive impact on the first impression that visitors form of a community, on arrival. In a state plagued with issues of domestic violence it is essential to improve the economic climate through any means possible. To this end, it has been proven that trees attract business investors and tourists, while also improving lease contract duration—all of these being cited as indicators that urban forestation supports a stable local economy.

Besides the fact that they help down pollution marker ratings, urban tree areas also help improve the ethos of any community. A forested neighborhood is more attractive, more likely to be visited by tourists, and, by extension, a neighborhood whose inhabitants usually take pride in living there. With that pride comes a sense of empowerment, which makes community members come and stand together in taking care of each other and of the area they inhabit.