Late last month, the Guardian ran a lengthy expose revealing the cruelty of the dog meat trade in Vietnam and Thailand. While the inhumane treatment of the dogs involved is worth protesting (and outlawing), the subject also raises some uncomfortable questions for readers.

Many people, particularly in the Western world, are shocked by the practice of eating dog meat, but in many parts of Asia, canines have only recently begun to be kept as pets by most people. Some cultures simply view them as livestock — and that’s part of the reason why animals lovers have made little progress in ending the practice. Isn’t it worth questioning the knee-jerk reaction many of us have to the idea of eating dogs as well?

Why is it, exactly, that it’s okay for so many of us to eat a cow, but we believe it should be illegal for someone else to consume a dog? Is it because many of us have had pet dogs in our homes and see them as family members? Is it because we’ve bred dogs specifically to be companions? To work, live, and play alongside humans in a way that livestock typically don’t? Is part of the objection to the dog meat trade the fact that it’s often pet dogs which are targeted and abducted — and would matters be different if these creatures were specifically bred for their meat the way other animals are?

In farming communities throughout the world, livestock have lived alongside families as they grow. Farmers have cared for their animals, tended to their needs, and perhaps even enjoyed their companionship, all before slaughtering them for meat when the time came. They’ve been able to live this way for millennia without any moral qualms.

Is there something about dog ownership that’s fundamentally different, or are most people simply more divorced from the process of animal slaughter than we once were? I know I certainly wouldn’t be able to stomach killing and eating an animal I had raised, even if I specifically intended to raise the animal for meat. But then again, I grew up in the suburbs, not a farm.

If you’re against eating any animals, even cows, pigs, sheep, and chickens — that’s fine. I’ll concede the point to vegetarians and vegans who want to protest the dog meat trade. But for an omnivore like me, it’s hard for to unilaterally declare certain cuddly species completely off-limits for human consumption. Don’t get me wrong — I firmly believe that animals raised for food should be given the freedom to roam outdoors, live relatively pain-free natural lives, and be slaughtered as quickly and humanely as possible. That’s why I try to purchase meat from ethical sources. None of that is currently the reality in Thailand or Vietnam, and I strongly oppose the cruelty of this black market trade.

So what if the dog meat trade in Asia cleans up its act? What if dogs were raised in clean conditions, treated well, and then killed in a painless and quick manner? As a pet lover, I would still be a little uncomfortable. I certainly wouldn’t be able to eat dog meat as someone who has lived with dogs and sees them as companions. But I wouldn’t be able to declare that the practice is absolutely wrong if it were conducted in a legal and regulated manner.

After all, a Muslim or Orthodox Jew would object to the fact that I enjoy a little bacon now and then. A Hindu would be queasy at the thought of biting into a juicy hamburger. But by and large, those cultural groups aren’t trying to pass legislation banning other people from eating foods they view as off-limits. In order to be respectful world citizens, Western environmentalists and animal rights advocates need to accept that other people are going to continue cultural practices we find distasteful whether we like it or not — and that the best we can do is to make this practice more humane, rather than attempting to end it completely. 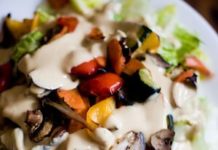 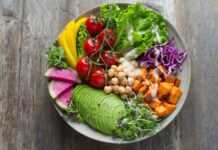 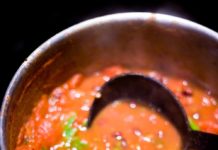 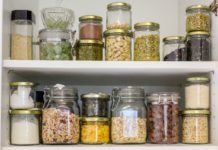 10 Tips to Reduce the Carbon Footprint in your Pantry