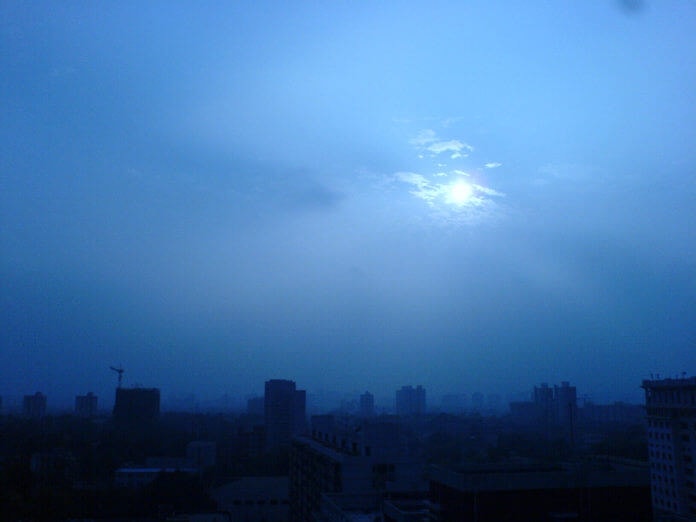 It looks like Chinese politicians have finally bowed to public pressure. Beijing officials have completed a network of monitors that will more accurately measure air pollution in the smog-ridden city. This comes following a public outcry from environmental groups and pollution reports from the U.S. embassy — regarding the city’s dismal air quality.

The Associated Press (AP) reports that 15 monitoring stations have begun releasing real-time data on small particulates known as PM2.5. The tiny pollution particles may result from the burning of fuels in vehicles and power plants. PM2.5 can penetrate deep into the lungs, severely affecting human health. That’s why measuring them is considered a more accurate reflection of air quality than other methods.

Beijing started releasing PM2.5 data in January. It reportedly now has 35 monitoring stations set up in central Beijing and its suburbs, including near tourism hotspots Tiananmen Square, the Temple of Heaven and the Beijing botanical garden.

AP reports that the monitors will run for a three-month trial, and then the city’s environmental protection department will formally use PM2.5 to evaluate the city’s air quality, rather than relying on the larger particles it currently measures.

Several U.S. consulates across the country have been monitoring the nation’s air pollution levels, and posting the results on Twitter.

AP quotes Gary Locke, the U.S. ambassador to China: “We’ve been criticized by the Chinese government for having such a monitor, but we feel it’s a duty — our duty to inform our dependents and our Americans of the air conditions there so they can make appropriate decisions regarding the health of their children and themselves. We’re expanding this to all the different consulates throughout China.”

Locke has said that PM2.5 can cause a lot of damage to people’s health. He said it is similar to being exposed to secondhand smoke constantly, or even smoking several packs of cigarettes a day.