Greener IdealHelping you live sustainably
More
Home News Politics California Bans Single-Use Plastic Bags – But The Alternatives Could Be Even... 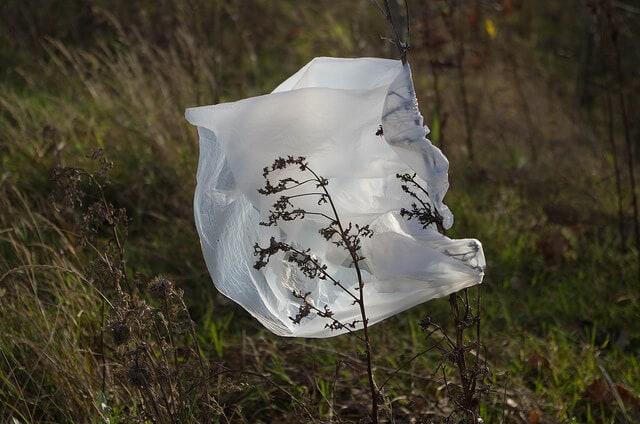 The law, which is set to take effect in July 2015, will ban grocery and retail stores from providing single-use plastic bags to their customers and will require them to charge at least 10 cents for alternatives such as paper bags, cotton totes, compostable bags, and reusable plastic bags.

In order to reduce job losses, the bill that was introduced by Senator Alex Padilla, will also provide funding for California-based plastic bag companies to develop reusable options.

An estimated 1 trillion plastic bags are used all over the world each year.

California alone throws away 14 billion a year, which also creates 123,000 tons of waste.

Estimates on how long it takes for a plastic bag to decompose vary, with 500 – 1,000 years being the range. However, plastic bags never fully biodegrade and instead they become smaller plastic pellets that are equally as harmful for the environment.

Plastic Bags Around The World

In 2002, Ireland led the way with their plastic bag tax or “PlasTax” which resulted in a 90% drop in plastic bag consumptions and 1 billion fewer bags were consumed annually. Moreover, the tax raised $9.6 million from the first year, money which goes back into a “green fund” for measures that will help the environment.

In Australia, research showed 72% of customers accepted single-use bags that were offered for free but only 27% accepted the plastic bags if they were going to be charged.

And in California, 39% of customers left the store without a bag once a fee was applied, as as opposed to 17% before the fee.

However, the anti-plastic hype may be masking a more serious issue.

Here are some facts to consider:

However, environmental institutions are still in favor of the reusable bags as it moves “away from the disposable society and use-and-toss mentality.”

The fight against this use-and-toss mentality is exactly what makes such plastic bag bans worthwhile.

Each year, thousands of animals get sick and die because they mistake plastic bags for food. When a gray whale was beached and died in Seattle in 2010, it was revealed that more than 20 plastic bags were found in its stomach.

Opposition to the Ban

With any step towards a more environmentally friendly world there’s opposition, and the plastic bag ban is not the exception.

In 2007, a Safeway lobbyist in Annapolis, Maryland, called a proposed bag tax “un-American” while Senator Padilla’s last attempt to push a similar bill through last year was defeated by just 3 votes.

The American Progressive Bag Alliance have funded attack ads calling the bill a “dirty deal between politicians and grocers”, who will now profit from selling bags to unwitting customers.

What do  you think? Is the plastic bag ban going to succeed or fail?