A Washington farmer recently got his crop of GMO-free alfalfa rejected by an overseas exporter due to issues of contamination. More specifically, test on the farmer’s crop samples showed that it was contaminated with small doses of Monsanto’s Roundup-resistant strain of alfalfa. Monsanto’s Roundup Ready variety works in combination with their brand of herbicide, protecting the plants while killing the weeds. After an environmental review, the US Department of Agriculture (USDA) considered regulating GMO alfalfa use in 2010. The strain was approved for unrestricted planting in 2011.

Washington agriculture officials are trying to downplay the importance of this discovery. They have stated that the sample contained only a “low level” presence of Monsanto’s genetically modified trait, and that the contamination was “within ranges acceptable to much of the marketplace.” They believe that the solution to this lies in the marketplace, and not in the hands of elected officials through, say, the creation of stricter regulations against GMO crops.

Contamination, even a small and low level amount of it, means serious business to the agriculture and horticulture industries. Contamination on a genetic level means the exchanging of genes through cross-pollination. For some plants, this can occur through animals such as bees; animals that drink nectar from both GMO and organic fields will cause cross-contamination. For others, this can occur through the wind: pollen from a GMO field is picked up and brought over to a non-GMO field where they fertilize the crops.

The major problem with the latter example is that it is incredibly difficult to contain. Some crops have very specific regulations that prevent it from being planted near organic or wild type crops. This ensures local farmers that their natural plant varieties do not accidentally become contaminated with genetically engineered genes. However, ever since the USDA approved unrestricted planting in 2011, these generally accepted regulations have been largely ignored in the alfalfa industry.

Some anti-GMO and pro-environmental groups are concerned that this case is only the first of many that will pop up in the coming years. Many are disappointed with the lack of public feedback. Alfalfa is mostly used to feed livestock, and is one of the top five crops in the US both in terms of its market value and in the amount grown. It is unlikely that this crop will receive much public uproar – after all, no one is going to accidentally consume GMO contaminated hay. However, due to its importance in the overall US agricultural market, enviro-groups should still try and press this issue. With any luck, the USDA can come back on the issue of alfalfa regulation and change it for the better. 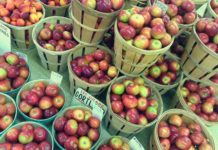