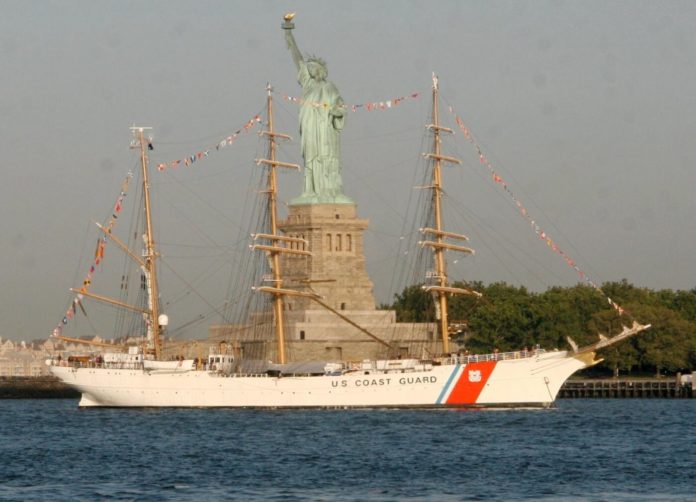 The threat of rising waters from the effects of climate change has one of the world’s most populated cities preparing for the worst.

There are reports that New York City is drafting up contingency plans to address the possibility of more severe flooding in coming decades.

She quotes Vicki Arroyo, executive director of the Georgetown Climate Center, a think tank that assists cities in adapting to climate change: “Different cities are ahead in different things. There’s no federal requirement, there’s no law that’s compelling anyone to do this, much less pay for it. No one would say we’ve got it covered.”

But Navarro reports that last fall, the San Francisco Bay Conservation and Development Commission took a controversial step toward self-defense. It required developers of all new projects to incorporate flood risks into their construction plans.

The new rules reportedly require all new construction along the shoreline of San Francisco Bay, which extends about 1,000 miles, to be capable of withstanding the sea levels anticipated through 2050 and for plans to be in place for coping with an even higher sea-level rise expected by the end of the century.

Navarro goes on to report that projections in the area call for sea levels to be 16 inches higher by midcentury and 55 inches higher in 100 years. Most area buildings apparently have a life span of at least 50 years.

Steve Goldbeck, acting executive director of the regional state agency, points out to Navarro that the regulations are not meant to curb development, but rather to protect buildings. And more importantly, prevent money from being wasted in the long run.

New York City hasn’t imposed such requirements for new construction yet. But regardless, Navarro says some developers are incorporating flood protection elements based on projections from the New York City Panel on Climate Change.

Sims Metal Management Municipal Recycling reportedly has a plant under construction right now. It is scheduled to open next year in Brooklyn’s Sunset Park. Navarro reports that four buildings at the 11-acre site, which sit on a pier at the South Brooklyn Marine Terminal, are being raised four feet higher than specified by current coastline requirements so they can stay ahead of the expected sea level rise over the next four decades.

The city is reportedly footing half of the construction costs of the plant. Sims estimates that the added flood protections will cost about $550,000.