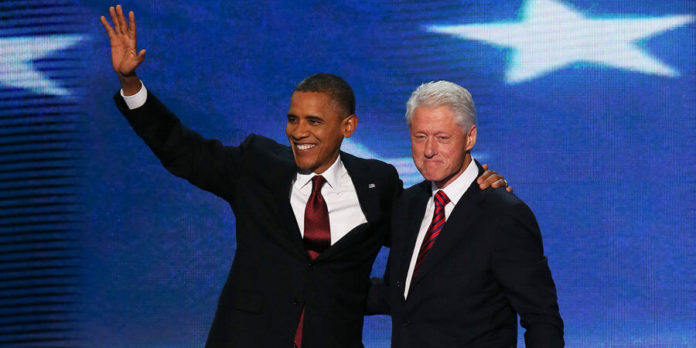 U.S. Democrats are in Day 2 of the Democratic National Convention in Charlotte, North Carolina. The event has featured some rousing speeches from some popular headliners. Notably, First Lady Michelle Obama, ex-President Bill Clinton and San Antonio mayor, Julian Castro — who became the first-ever Hispanic to deliver the keynote address at a DNC convention.

Among the big issues are, of course, the state of America’s economy and health care. But last night, Bill Clinton became the first big-time act to make reference to climate change.

For those who missed the broadcast event, a transcript of Clinton’s speech has been posted on blogs. Here’s a bit of what he had to say, in regards to global warming and energy:

“The agreement the [Obama] administration made with management, labor and environmental groups to double car mileage over the next few years is [a] good deal: it will cut your gas bill in half, make us more energy independent, cut greenhouse gas emissions, and add another 500,000 good jobs.

President Obama’s ‘all of the above’ energy plan is helping too — the boom in oil and gas production combined with greater energy efficiency has driven oil imports to a near-20-year low and natural-gas production to an all-time high.  Renewable energy production has also doubled.”

Meanwhile, Clinton took a few digs at the Romney/Ryan budget as being ridiculous and unjust. He went on to warn that the Republicans would likely slash funding for environmental protection:

“People ask me all the time how we delivered four surplus budgets. What new ideas did we bring? I always give a one-word answer: arithmetic. If [Romney and Ryan] stay with a $5 trillion tax cut in a debt-reduction plan, the arithmetic tells us that one of three things will happen: 1) they’ll have to eliminate so many deductions like the ones for home mortgages and charitable giving that middle-class families will see their tax bill go up $2,000 a year while people making over $3 million a year get will still get a $250,000 tax cut; or 2) they’ll have to cut so much spending that they’ll obliterate the budget for our national parks, for ensuring clean air, clean water, safe food, safe air travel; or they’ll cut way back on Pell Grants, college loans, early childhood education and other programs that help middle-class families and poor children, not to mention cutting investments in roads, bridges, science, technology and medical research; or 3) they’ll do what they’ve been doing for 30-plus years now — cut taxes more than they cut spending, explode the debt, and weaken the economy. Remember, Republican economic policies quadrupled the debt before I took office and doubled it after I left. We simply can’t afford to double-down on trickle-down.”

U.S. Secretary of State Hillary Clinton has not been able to attend the DNC. Various federal statutes and State Department guidelines ban a State Secretary from attending political events. It is often seen as a conflict of interest and could tarnish Clinton’s diplomatic efforts overseas. But Clinton did watch her husband deliver his speech from halfway around the world. The State Department released a photo of her happily watching him online, from the U.S. Embassy in East Timor. 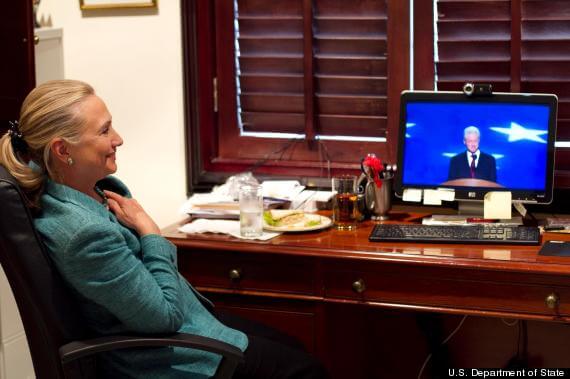 Tonight, Democratic Presidential nominee Barack Obama will have his chance to re-energize the base. Another headlining act to look out for: Vice-President Joe Biden, who is known to suffer from “foot-in-mouth” disease!