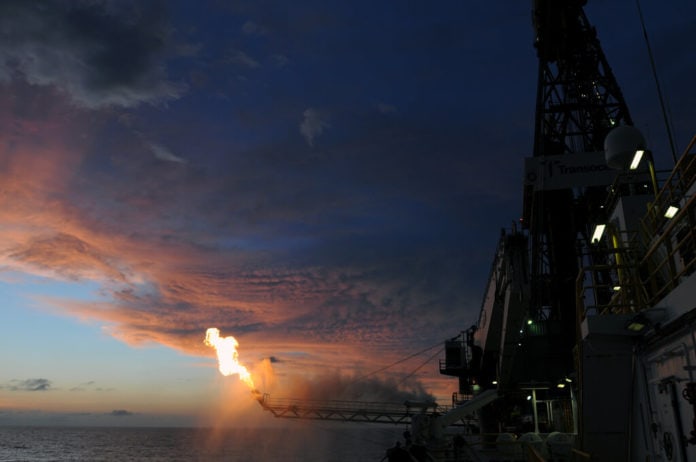 A showdown is quietly brewing between the U.S. government and British oil giant, BP PLC.

According to Reuters, the U.S. has filed new court papers, describing examples of what it calls “gross negligence and willful misconduct.”

Observers say the court filing is the harshest position taken yet by the American government. Officials are looking to hold the British company largely responsible for the biggest oil spill in U.S. history.

Reports say gross negligence is a central issue to the case. It’s expected to go to trial in New Orleans in January 2013. Reuters reports that a gross negligence finding could nearly quadruple the civil damages owed by BP under the Clean Water Act to $21 billion.

The news agency also reports that the U.S. government and BP are engaged in talks to settle civil and potential criminal liability, though neither side will comment on the status of negotiations.

“The behavior, words, and actions of these BP executives would not be tolerated in a middling size company manufacturing dry goods for sale in a suburban mall,” government lawyers reportedly wrote in the filing on August 31 in federal court in New Orleans.

On April 20, 2010, a surge of methane gas sparked an explosion onboard the Deepwater Horizon rig as it was drilling the mile-deep Macondo 252 well off Louisiana’s coast. The rig sank two days later.

The well spewed 4.9 million barrels of oil into the Gulf of Mexico for 87 straight days. It unleashed a destructive torrent of oil that destroyed the shorelines of four Gulf Coast states.

Specifically, errors made by BP and Swiss-based Transocean Ltd, owner of the Deepwater Horizon platform, in deciphering a key pressure test of the Macondo well are a clear indication of gross negligence, the Justice Department reportedly said.

Reuters quotes a line in the government’s 39-page filing: “That such a simple, yet fundamental and safety-critical test could have been so stunningly, blindingly botched in so many ways, by so many people, demonstrates gross negligence.”

Meanwhile, BP has fired back, rejecting the accusations. “BP believes it was not grossly negligent and looks forward to presenting evidence on this issue at trial in January,” the company said in a statement.

This amazing new technology could revolutionize how we clean up oil...